The Time Consuming League of Legends 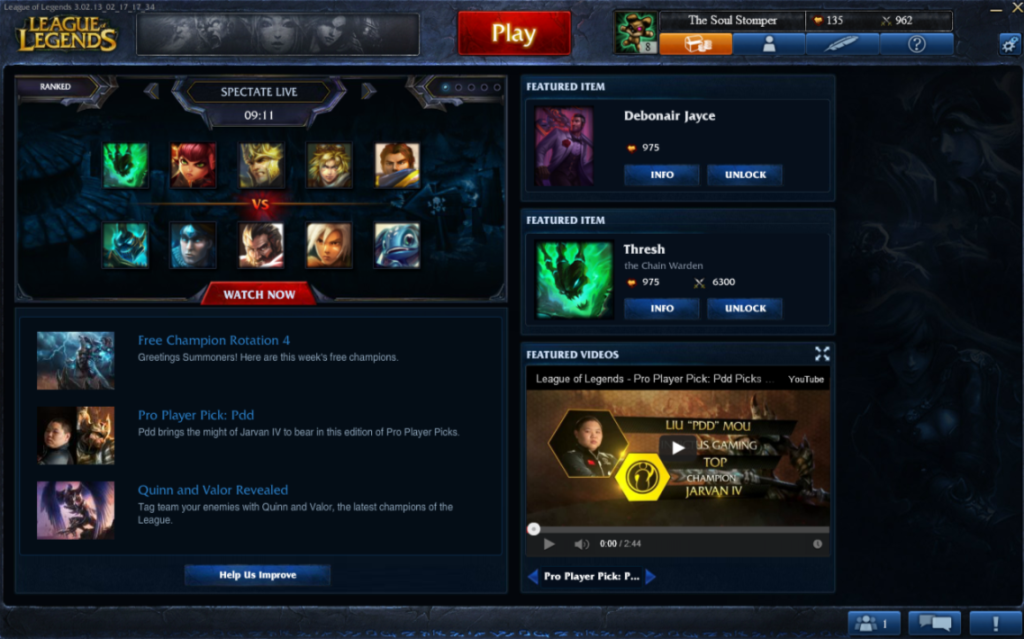 When you think of time consuming video games, what comes to mind? Call of Duty? World of Warcraft? Runescape? Sure, these are all a fantastic way to waste a day, but if raging at 12-year-old “squeakers” on Call of Duty or getting ganked by those maxed out level warriors aren’t doing it for you, League of Legends is your next best shot at whittling your day away while still having a great time.

League of Legends takes a new spin on the strategy games genre by combining it with a very Diablo-esque third person feel. The player controls one of over 100 champions, all of which have unique abilities and powers. These champions range from mages, junglers, tanks, assassins, and a number of other specializations that each have their own set of advantages and weaknesses over the other classes. Don’t let the idea of being contained within one class cloud your judgement though; many champions contain a multitude of these class specializations. With the wide range of champions and the fact that more are being added every month, League of Legends is a fun game that anyone can pick up and have a great time playing.

After you have selected your champion, it is off to the battlefield to prove who is the most powerful, deadly, and cunning champion on hand. The player, along with his or her fellow champions, is entrusted with the task of guarding the Nexus, which is the primary objective for each map. The mission is simple: get into the other team’s base and destroy their Nexus before they can destroy yours. However, it is never that easy. The opposing team has the same mission plan in mind and will do anything to stop you from achieving yours. This is where the strategy aspect comes into play because the player, along with the other champions, must coordinate and move through waves of minions, pesky turrets, and other players to reach the goal at the other side of the map. Because of this constant struggle, matches can drag on for well over half an hour and feel as though you have only been playing for five minutes. The non-stop strategy, the need to survive so you don’t have to suffer through that embarrassing message proclaiming that you were slain by another player, and the long respawn times are more than enough incentive to keep the player alert and active, while still having a great time.

Now, you might be thinking, “That’s all good and well, but how much is this going to cost me?” The answer is simple: nothing. League of Legends is free to play; the only thing that it will cost you is space on your PC’s hard drive (League of Legends is not compatible with Apple products). You might also be thinking, “Free? There must be a catch!” and you would be correct, in a sense. Like many free-to-play games out now, League of Legends has a special set of in-game currency called Riot Points. These points can only be gained by purchasing them with a credit/debit card or an active cell phone account and can be used to unlock new champions, runes, and exclusive champion skins. However, unlike many free games, League of Legends is not a “Pay to Win” game, in the sense that the only way to win against serious players is to out-gear them and spend of a ton of money. Anything that you could unlock with Riot Points, with the exception of champion skins, can be unlocked using a second currency that is gained from the completion of online matches. This gives League of Legends a fair and balanced playing ground, while still allowing serious players the ability to splurge to their hearts content.

League of Legends, while still being a fun way to spend time, also contains a spot on the MLG (Major League Gaming) Pro Circuit, giving more serious players the chance to show their skills. It features a ranked playlist as well, where champions battle it out to the death and implement one of the many strategies that have been developed over the course of League of Legends’  history and fight for the top spot on the leaderboards. Ranked matches can be viewed, if the players permit, at any time during the course of their match by anyone online at the time of the match and higher ranked matches are even featured on the League of Legends home screen.

League of Legends is a fantastic way to spend a day in the comfort of your home and is sure to impress even the most stern of gamers, while appeasing the guys who just want to shoot stuff. The refreshing gameplay, cartoon-ish feel, and entertaining strategy aspect of League of Legends has scored it a solid four out of five suns. It is certainly a game to give a shot if you find you are getting tired of the same shooter games or if you just want to take a break from your level 90 hunter on World of Warcraft.