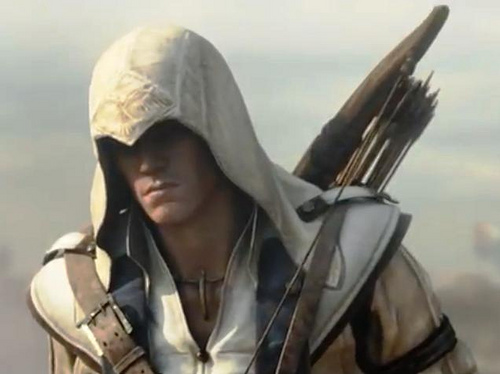 Video games are fun and addicting; they immerse the player into a whole new world to explore and create, as well as give players a chance to spend countless hours delving into every book and piece of lore available, or just playing and loving the games. For these reasons, some video games have gained massive fan bases of people who are especially in love with the experience.

One game series that receives a lot of fandom is the Bioshock series. Hardcore Bioshock fans are called Splicers (named after the enemies in the first and second Bioshock games) who repeated play the games and might cosplay as characters from the series. One such fan is our own Devin Jones, the Student Opinion editor of the Sun. He has finished all three Bioshock games a grand total of 26 times, and is currently working on his 27th with the newest entry in the series, Bioshock Infinite.

Another game series noteworthy for its fanbase is Assassin’s Creed. This game series revolves around the evil Templars in the guise of a company called Abstergo and how they control and shape real world events like the American Revolution and the 2012 “end of the world:. They are fought by a small group of people known as the Assassin Order. Most fans, called Assassins, can usually be spotted by their distinctive white hoodies and joking speculation on world events, such as “I wonder if that is actually part of a plan by Abstergo…” The games are interesting in that they give an alternate view on history from the eyes of these ancient Templars and Assassins. It is fun to look through history and find out Ubisoft’s take on it.

The Elder Scrolls games are full of in game books telling the stories, history and rich lore of the world in which the games take place. In Skyrim, the most recent entry,  there are 656 different books available to find and read. This is where the next fandom comes in, best known as the Lore Hunters. These people spend hours scouring the many dungeons and castles in the games to find and devour every last piece of knowledge they can find. Bethesda Softworks has done an amazing job of creating a world that feels real in the stories it tells through the books scattered around. Finding and learning something new about this world makes you feel like a historian, and for people interested in the many stories and fables within this world, it can be very satisfying to enter their house and see bookshelves full of all the amazing stories they have collected. I can be put into this category as well.

While most may consider this kind of love for a game strange, to the people who participate in these fandoms it is more than just a video game; it’s a lifestyle. Video games create an experience that movies and books just can’t replicate. By putting yourself into these worlds, you create a closer connection to the events that happen in them. Where one may feel a little sad when a character dies in a movie, the player of a game will feel much worse if they have spent much of their time building relationships with these characters. It is for this reason that gamers develop and become part of these fandoms. Gaming is a great experience and when you have a connection to them like the ones described above, it makes it even sweeter.