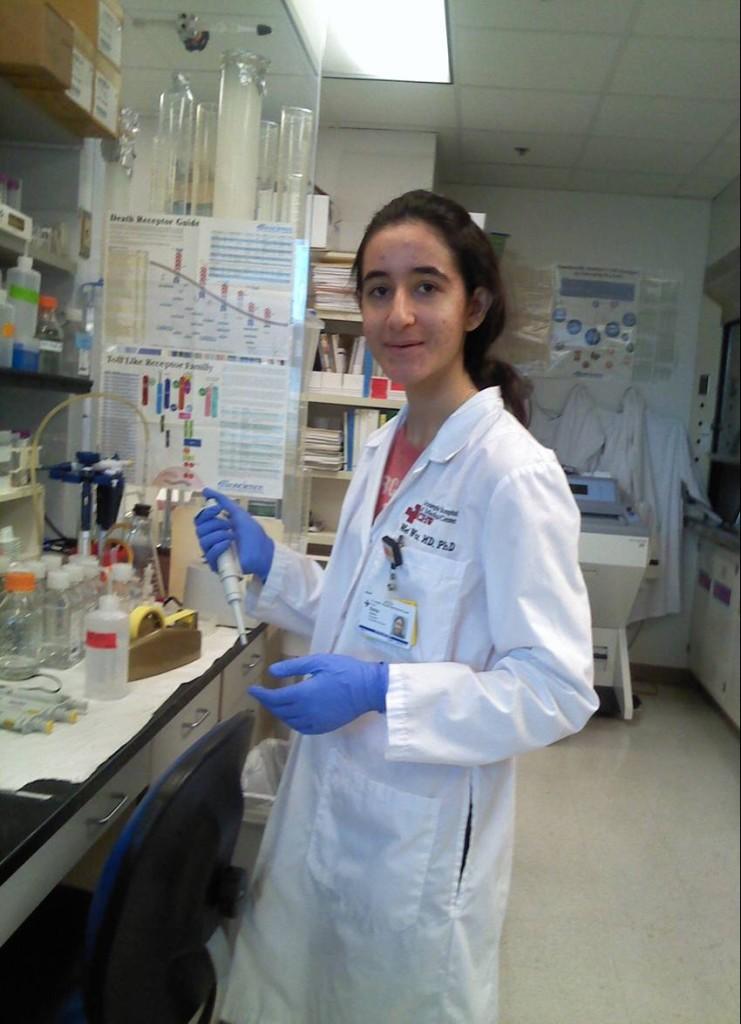 Used with permission by Soha Ghanian

It’s no surprise that while most people were sitting in their rooms spending obscene amounts of time on the internet this summer, Soha Ghanian, grade 12, was  immersed in research. She spent her time at the Barrow Neurological Institute, studying and researching neural stem cells in animal models with multiple sclerosis. Her study helped her to come up with a process to help lessen the symptoms of MS in rat models proved to be successful.

Sophomore year, Ghanian was accepted into a student research program and has been doing work on multiple sclerosis called DEAE (Diethylamino Ethanol). The work that she did this summer was a spin off of her work in the winter where she studied the role of white blood cells on multiple sclerosis. During the summer, she started focusing more on stem cells’ effect on MS. She went to the lab every day, and has been going two times a week during the school year. With all of this hard work, one might wonder what she does for fun in her downtime. “You are right, I spend a lot of time in the lab. In addition to lab work, extracurricular, and academics, I actually do have some hobbies. I love belly dancing, playing the piano, and knitting. I bet you look really surprised right now, but it its true.”

Her hard work has paid off; because of the work she did last winter, she got invited to present her research at the Arizona Science and Engineering Fair where she took second place. She also had the honor of being the only high school student to present at the AZbio expo in 2012, alongside engineering PHD students. Her work during the summer has also been noted by people around the country with her appearance on Channel 12 News.

Ghanian  is a great example that anyone can find their talents and passions, act on them, and put them to good use. “I am really excited about my success. Through being a Semifinalist in the International Siemens Science, Math, and Technology Competition and having the TV interview, I hope to inspire other students like me to chase their dreams, no matter how ambitious they are.” Ghanian is well on her way to achieving her dreams. She wants to major in neuroscience and pre-med  then attend medical school. Her ultimate goal is to become a doctor, which she has wanted to be since she was five years old.  For college she is looking to attend either Brown University, Rice University, or Johns Hopkins University. For now, she plans on continuing her research on the role of neural stem cells, but this time she will be researching their role in strokes.