Bands: Not Just for Kids Anymore 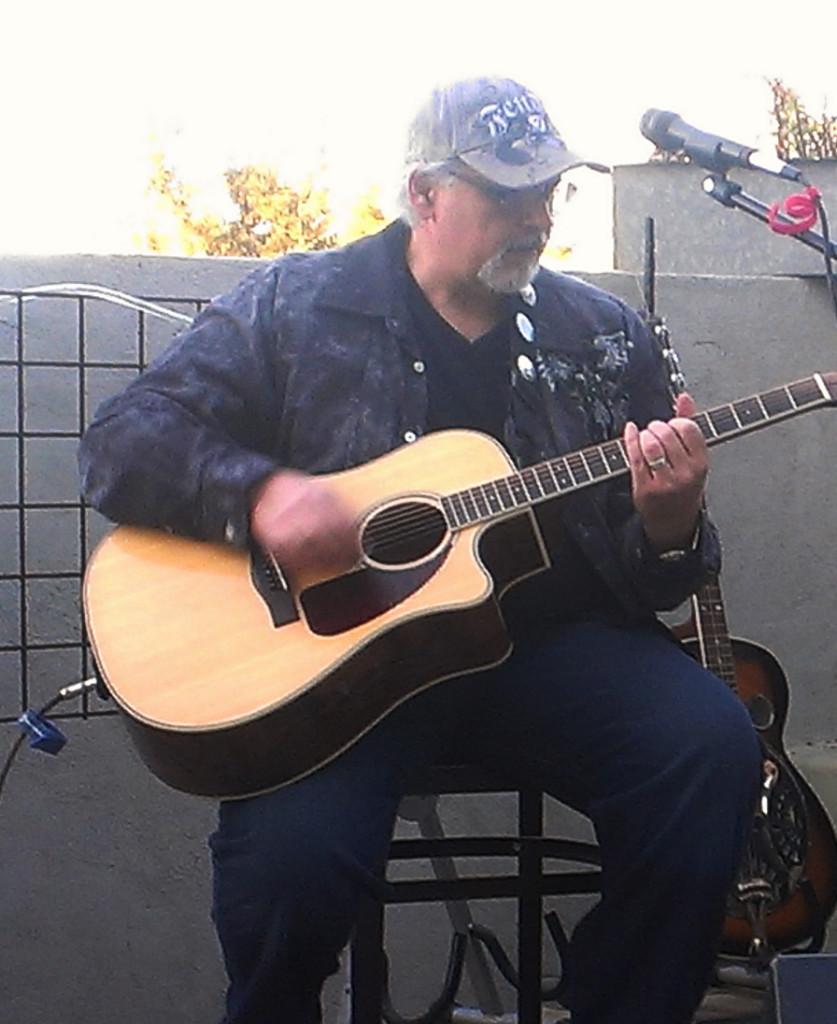 Mr.Vitagliano jamming out. Used with permission by Christi Britt.

Every high school has its share of student bands. There are rockers, rappers, and so many other types of musicians, and Horizon is no different.  But how many high schools have teachers who are members of a band, too?  Horizon Honors’ own high school teachers Mr. Vitagliano and Mr. Schneider believe you’re never too old to rock.

Mr.Schneider’s band is called Rochambeaux, and he is currently the lead singer and partial songwriter. “Rochambeaux began as a recording project for Wayne Boyd (guitarist) and I in college in 1998. We recorded on and off until 2009, when we put together the rest of the group to play out live.” The band’s name Rochambeaux comes from the old game Paper, Rock, Scissors, Spider. “We feel the name represents all of the different influences in Rochambeaux’s music,” stated Mr. Schneider.  He went on to explain his greatest influences:  “To pick my biggest one, probably singer Mike Patton and the band Faith No More. Their variety in styles and Patton’s variety of vocal stylings are uniquely fabulous. Band wise, our other influences are Guns N Roses, Red Hot Chilli Peppers, Bad Religion, Stone Temple Pilots, Pearl Jam, System of a Down, Social Distortion, Killswitch Engage, Volbeat, and Mr. Bungle.” They have two albums out, “Midnight Symphony” and “This Holy October,” and a third one on the way.

Mr. Vitagliano’s band, Squiddog, first began in 2009, though he has been making music for about 40 years. In Squiddog, he plays rhythm guitar and does the lead vocals. When asked about how the band got its peculiar name, Mr. Vitagliano said, “Funny story actually.  Tim, the lead guitarist, loves the word squid. The band came up with a bunch of words with squid in it. Squiddog rose to the top. It’s really just a good name for a bunch of guys having a good time.” Mr. Vitagliano says he has plenty of influences, but his main one these days is Jackson Browne. He also takes inspiration from local artists, too: Steve Larson, The Peacemakers, and Doug Hopkins. Squiddog’s most recent album is called “Chili Lime Squid,” featuring many great musicians outside of the band, which Mr. Vitagliano was pretty excited about. “Chili Lime Squid” is available on iTunes, along with their first album!