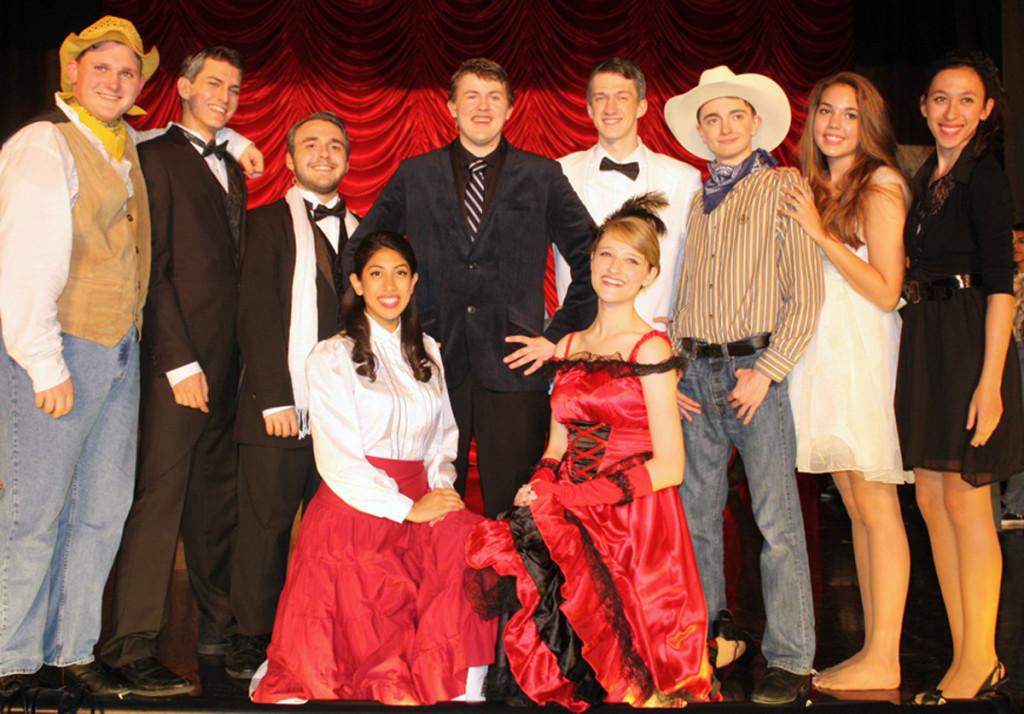 Recently, I attended a Saturday afternoon matinee of the spring musical Curtains.  I wasn’t really thrilled about attending the production and I went in expecting a bunch of weird kids running up and down a stage, singing and laughing, but right after the opening number my assumption was completely disproved. The dancing, singing, and acting were spectacular.

A character and performance that stood out immensely was Amanda Clark, grade 10. She completely stunned me; she not only had an enormous wig on her head, but an enormous onstage presence. Clark was sassy and mean, with an amazing singing voice I would have never expected. Also, the vibe on the stage was wonderful, and I felt as if I was watching a good movie.

The connection between the performers and the audience was very strong because of the feeling and emotion of the actors.  In fact, in the Curtains program, almost all cast members said that they had become so close that they are like family.

I would go watch the show again and again, because I loved it so much.The Curtains performance changed my point of view on Horizon Honors drama productions. The production was not only filled with talented cast members who enjoyed what they were doing, it was also a well-chosen script that was filled with both intellectual and campy humor, as well as a nice dose of suspense.