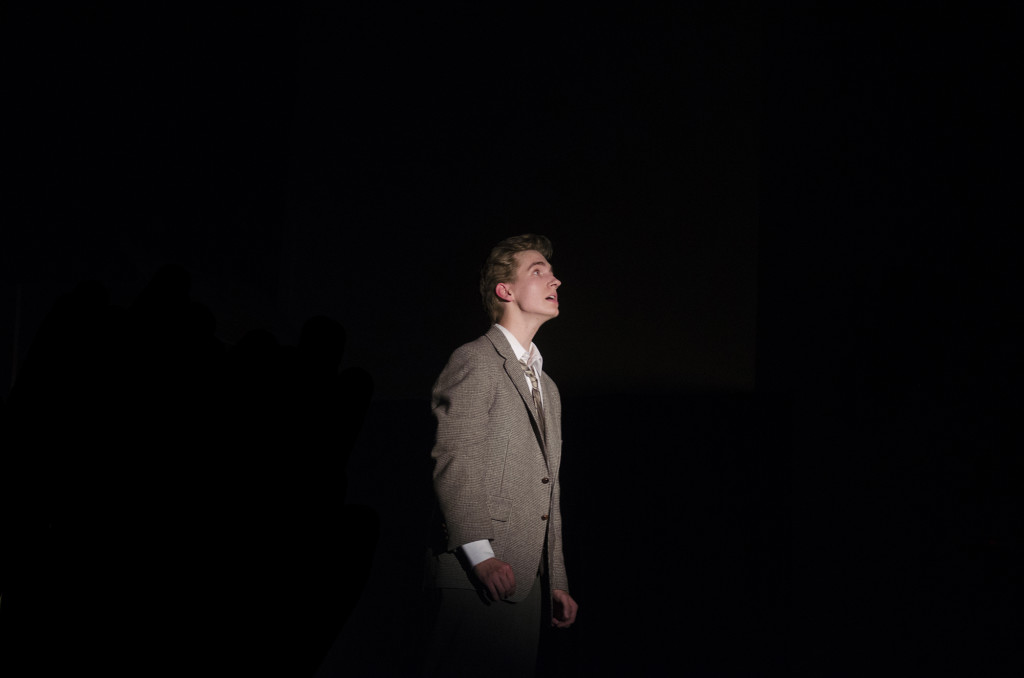 George, played by senior Dylan Freymuth, gazes up towards the heavens when he asks for his old life back.

Horizon Honors’ fall production, It’s a Wonderful Life, debuts tonight at 7 p.m. For those who have yet to purchase tickets, they are available at both offices and at the door. Senior Dylan Freymuth and Junior Karley MacArthur play the leads in this American Christmas drama.

It’s a Wonderful Life, originally released as a film, premiered January 7, 1947. It was directed by Frank Capra and produced in 1946. This movie was based on a story, by Philip Van Doren Stern, called The Greatest Gift. This story follows a man, George Bailey, who’s at the end of the line, ready to kill himself, and he has to see his past, present, and future to understand what he really has in his life.