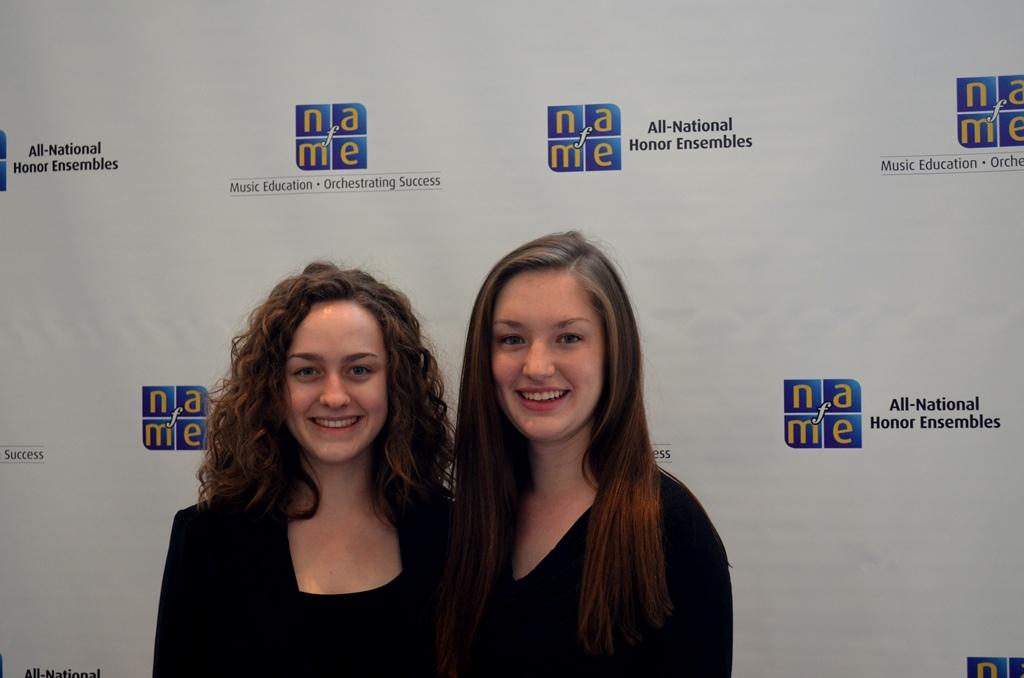 Brigit and Abbey are ready to perform in Nashville on Wednesday, Oct. 30.

Abbey is a soprano in Horizon Honors’ Cantabile Honors Chorale who also performs with the Phoenix Children’s Chorus and Encore Division. Her musical career began in kindergarten with the piano. Since then, she has dallied with the flute and musical theatre, before settling on classical vocal. At NAfME, she was given the opportunity to perform with the mixed chorus, singing with about 350 other vocalists to perform seven pieces of varying styles and languages, one of which included Greek dancing.

Brigit is a bassoonist who plays with Horizon Honors’ Symphonic Band, in addition to the Phoenix Youth Symphony and Youth Symphony of the Southwest. She has been playing piano for 12 years, bassoon for six, and has been a part of choir since her freshman year. As one of 150 musicians in NAfME’s symphony orchestra, she performed the “Roman Carnival Overture” by Hector Berlioz and the fourth movement of Mahler’s first symphony.

In order to get to Nationals, the twins had to undergo three separate auditions. In early January, they auditioned for the regional honor ensembles. After being accepted, they were eligible to audition for the state honor ensembles in March. As a result of their success, they auditioned for the National Honor Ensembles, which included two minutes of videotaped playing that was sent to the organization for judging. They were eating at Rubio’s with their brother Riley, 2012 Horizon Honors alum, when they were informed of their selection. “I felt extremely blessed, and humbled at how much I had underestimated what I was capable of,” said Abbey.

The majority of the delegates’ time in Nashville was spent in rehearsals. Though their free time was limited, they did make time to watch the Grand Ole Opry and even take a few square dancing lessons. After over 22 hours of rehearsal, the student musicians were ready for their performances. “Being onstage with some of the best high school aged musicians in the United States was an incredible experience,” said Brigit. She was seated in front of the trumpet section and after the end of the Mahler, her ears were ringing. Though the experience was slightly painful, the feeling of accomplishment and pride in the music is what she’ll remember most.

Abbey and Brigit used their trip as a means to further their college plans- they spent their first two days touring Belmont University and Vanderbilt University. Both are currently undecided as to their majors, but they are certain that it will involve music. Brigit is considering a career as a collaborative pianist- this profession requires a bachelor’s and master’s degree in piano performance. Abbey is interested in music therapy so she can combine her passions for serving people and sharing music with the community.

The Fitzgeralds’ returned to Phoenix on Wednesday, after a weekend of music immersion. In retrospect of their time in Nashville, Abbey said, “Honestly it was the best and most eye-opening experience that I have experienced in my lifetime so far.”