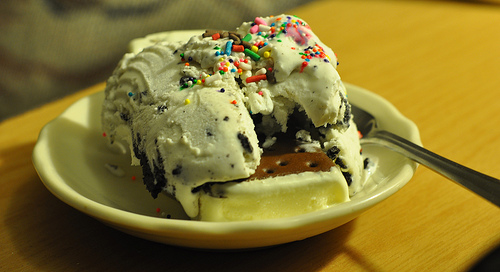 Old wives’ tales have been around for decades, and they were originally intended to scare children into doing what they were told. Today, people still believe these tales have value, and some may actually have unexpected benefits.

Most of us have heard that making silly faces will make your face stick that way. Your face cannot actually get stuck in any position unless you have face cramps or something similar, but for the majority of people this is not a problem, and nothing to worry about. This saying was primarily used by adults to keep their children from acting out and making faces. Today, it is used mostly by children to poke fun at one another and may partially prevent children from making faces in public and acting out. This saying is actually derived from a longer one that states if someone makes a silly face and the wind changes direction, the face will get stuck in that position.

An apple a day keeps the doctor away is another popular  statement that has more value than many assume. An apple contains nutrients that help support a healthy immune system, but also come with an added bonus, unknown to most people. A chemical found in apples called phenolic has beneficial properties that actually help protect DNA strands in human cells and boosts resistance to breaking and becoming corrupted. This reduced chance of functional failure in the DNA can help prevent types of cancer and will indeed keep a doctor away.

All of these rules in some way or another have benefits and are rooted in a social or physical truth. Even though they may be small, there are benefits in following the advice of old wives’ tales.