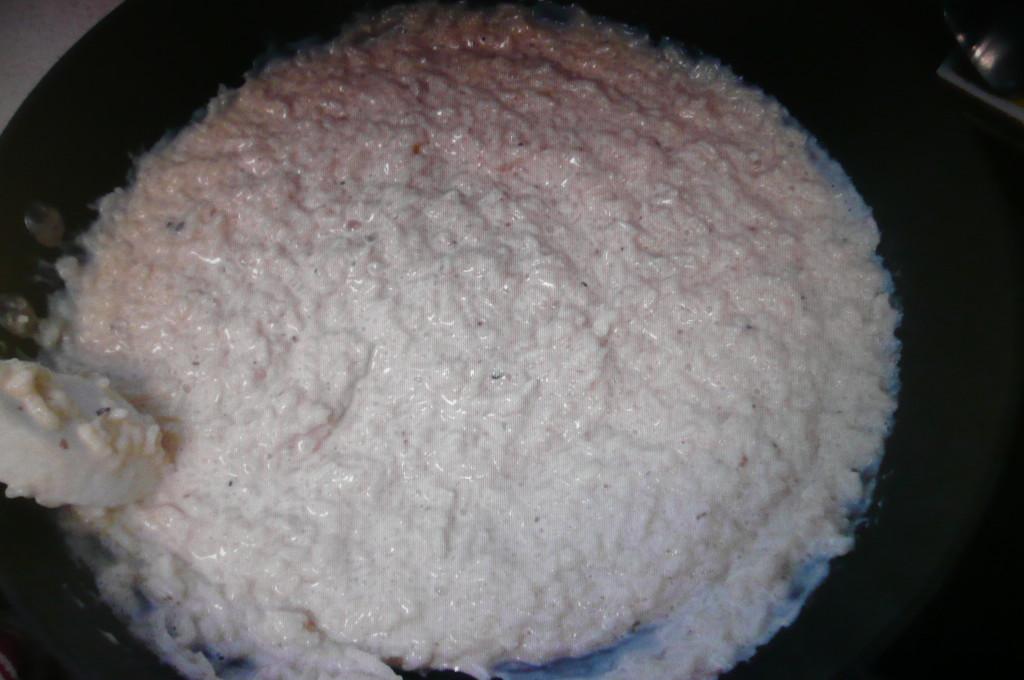 This is the Arroz Con Leche I made, and it’s still in the pot. You will see this dessert on any holiday when you go to and Latin American country.

Arroz con leche is a Spanish dessert, also referred to as milk pudding. This mouthwatering pudding is great for a sweet treat or a smooth snack. It is traditionally a Spanish dessert, but different countries throughout Latin America have created their own variations of the dish.

Put the water, rice, and cinnamon stick (in that order) in a medium sized pot over medium high heat. Bring to a boil, uncovered, and cook until the rice is tender and soft. Strain out the water and discard the cinnamon stick, keeping the rice in the pot. Stir in the evaporated, condensed, and whole milk, making sure to shake the milk before pouring it in. Continue cooking over medium high heat until the mixture comes to a boil. Reduce the heat to low and cook, still uncovered, stirring constantly until the mixture becomes thick. Be sure to stir constantly as this dish easily burns on the bottom of the pot. Add the raisins into the mixture, or put them on top as a garnish after pouring the pudding into a serving bowl. Sprinkle the ground cinnamon over the top of the pudding and serve.