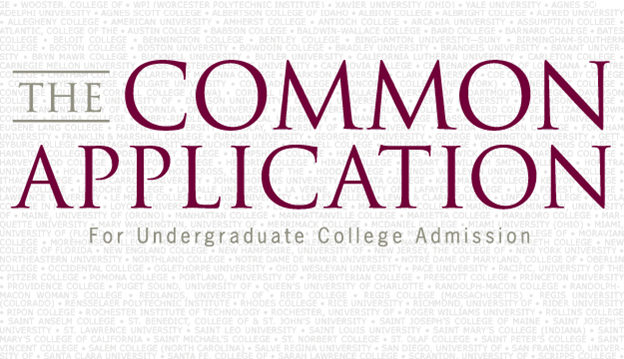 The Common Application is a universal undergraduate college admission application that can be used to apply to 517 member colleges worldwide.

The college process is daunting and excessively time consuming, to say in the least. As someone who applied to 17 universities and wrote over 50 essays, I spent the majority of my first semester of senior year seated in front of my computer trying to think of original pieces that would make me stand out as an exceptional candidate. And now that admissions decisions have been released, and my essays are no longer collegiate property, I’d like to share some of the wisdom I’ve gained this past year with all of you upcoming seniors.

The common app is perhaps the most important piece of writing you’ll produce in your 17 years of life. It is central to your college process, as every college you apply to using the common application will receive this essay. Make sure that these 600 words are meaningful and that you show yourself as a viable candidate, as someone with a personality, rather than just remaining an application number in a giant stack of files.

You are presented with five prompts, and may choose to elaborate on any of them as you please. The prompts are listed below with advice on how to tackle each.

1. Some students have a background or story that is so central to their identity that they believe their application would be incomplete without it. If this sounds like you, then please share your story.

If you had one word to describe yourself, what would it be? Who are you and why do you matter? Find an interesting story from your past that helps to define you as a person, perhaps in more than one way. And then create a narrative that conveys your personality and your identity, that shows your development as a person and how you’ve been impacted by an event. If you can’t think of a story that has shaped your identity considerably, then you should probably choose one of the other prompts. Remember to answer both how and why.

2. Recount an incident or time when you experienced failure.  How did it affect you, and what lessons did you learn?

Find one incident of failure, but don’t elaborate excessively on it- you don’t want to seem boring or give the impression that you fail a lot. You want to find a way to show this in a positive light- though it may have impacted you negatively, what were the long-term outcomes? And when you are sharing the lessons you learned, don’t be cliché. That is a common mistake, and it ruins your ability to stand out. Overall, this essay should show how you’ve grown as a person and that failure doesn’t keep you down or make you lose your motivation. Show them your maturity and your optimistic outlook.

3. Reflect on a time when you challenged a belief or idea.  What prompted you to act? Would you make the same decision again?

What matters to you? Find an opinion that you feel strongly about and a time when you stood up for it- whether in favor or against. In this essay, you need to reveal a core trait of yours, something that you believe in and that is a definitive part of your identity. Make sure you show what prompted your response, the actions you took to challenge the belief, and if you would have reacted in the same way had it happened again.

4. Describe a place or environment where you are perfectly content.  What do you do or experience there and why is it meaningful to you?

This prompt is different as you are not given a time frame to work with, but rather a space that can be either metaphorical or literal. While describing this place, make sure you’re being creative. Use your senses, and find why this place is appealing. What is so special about this place that makes you so happy and why are you content there? Make sure you define what being content means to you- maybe not literally, but it should definitely come across somewhere in your writing.

5. Discuss an accomplishment or event, formal or informal, that marked your transition from childhood to adulthood within your culture, community, or family.

Don’t make this a cliché- avoid bragging about an accomplishment excessively. Rather, this essay should be used to show how this event affected you and how you grew personally from the experience. Emphasize on what led to this transition, and how you were changed. But, proceed with caution for this prompt, as more often than not, the finished product ends up being an ode to your heroic nature.

For my own collegiate purposes, I decided to tackle the fourth prompt about a place where you’re most content. This is what I came up with:

I speed along at 350 kilometers per hour, listening to Michael Buble’s Feeling Good and marveling at the passing scenery. No, I am by no means breaking any laws, and I’m certainly not a witch on my broomstick during an exciting Quidditch game (though I do wish I were). Rather, I am seated on a high-speed ICE train traveling from Zurich to Vienna. I don’t know what it is about trains, but on that eight hour journey, something aligns, and I am as happy as can be.

It’s common consensus that we’ve been consumed by technology, but I don’t realize it until I’m in a contained space. Barely two minutes since we’ve sat, and the phones are already out. I’ve become much too familiar with AT&T’s ringtone, and don’t even get me started on T-Mobile’s. When the phones make my seat vibrate, that’s when I know it’s time for me to move elsewhere.

As a traveler, I suppose I should be comfortable with airplanes. This is not the case- planes are loud, the seats restrict movement, and even the most agreeable babies end up screaming at the top of their lungs. There is no such difficulty on ICE trains. Rows of seats are available for my choosing, I can hear my music, and the gentle movement lulls children to sleep. Even sleeping on the night trains is doable- if I choose to sleep, that is.

Instead, I’ll choose to talk to the lady on the berth below, who only speaks Spanish and doesn’t have a propensity for technology. I’ve taken a gap year, so my Spanish is rough, but I’ll make do. My mother asks questions, I translate, our cabinmate responds. I consider myself a budding linguist, though my parents who speak four languages each say otherwise.  We find a common interest, India, as she has visited on several occasions, and off we go, recounting our adventures in a combination of Spanish, English, and Sign Language.

I now sit in a family style compartment, the seat next to me empty. Seconds before the train departs, a young Japanese student enters the cabin and seats himself. We greet each other and he begins to text. I notice a book he has set down and ask, “Is that in German?” It is, and he shares that he’ll be studying music in Vienna next fall. He is a music performance major and we spend the next hour sharing our passion for music. I’m a Carnatic vocalist and he is a classical violinist.  We discuss our favorite musicians, the best operas, and peruse the German book so he can understand his professors. His phone now lies unattended and when it buzzes, he ignores it. I smile. I’ll see him in a different city in a few days when our trips realign, and it’ll be a delightful surprise to recognize each other.

Sometimes I choose to sit in the seats meant for single riders. I appreciate the solitude- it gives me time to sit down and think. Our lives have become so hectic that we never take a moment to reflect and be appreciative. My fifth grade science teacher mentioned this and encouraged us to find a place where we could do so- without the distraction of technology, people, or even ourselves. It took me a while, but I think I’ve finally found that place.

I find trains enchanting. We’re normally so accustomed to technology- connecting with people elsewhere and planning for the future. But for whatever reason, during the length of the ride, we decide to dwell in the present rather than the future, connecting with each other and ourselves.

My iPod is now on low battery and I cannot charge it, but I choose not to worry. Because I’m in my favorite place, surrounded by some incredible people, and frankly, I’m feeling good.