Video Games and You

The debate about the mental consequences of video games has raged since their inception, but the argument may not be as one-sided as we think. 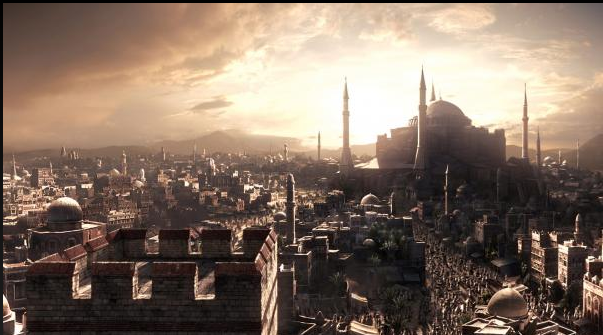 A screenshot of gameplay in "Civilization V." In this game, players must oversee the growth of their nation. Games like "Sid Meier's Civilization V" can have a positive influence on the players' stategy, memory, management, and navigation skills.

With the advent of the video game, more people have elected to stay inside rather than go out and play. Here, in hot Arizona, that is perfectly viable, but many parents are concerned that their children may not be getting the sun and social interaction that they need. In fact, many studies have shown that video games can change the brain, for better or for worse.

In one study, a team of researchers at the University of Rochester found that video games, especially ones portraying stressful situations – such as towns being bombed, or some tragedy striking – could help to prepare the player for real-world situations by helping them to make quick decisions. This is one benefit in a long list – video games can help with strategy, anticipation, reading and math, pattern recognition, concentration, memory, management, and navigation.

However, another study done by Craig Anderson and Brad Bushman, from the Department of Psychology at Iowa State University, in “Human Aggression” suggests that video games may increase aggressive behavior in children and adults. Video game addicts may fight with their friends, argue with teachers, and/or overall perform worse in school. Online games may be especially to blame for this seeing as while playing, children may pick up bad language and aggressive concepts from other, older players. Any “Call of Duty”player can tell you that there are “squeakers” (7-10-year-olds, called so because of their tendency to become upset and high-pitched when defeated) running rampant on the game and are a nuisance.

My suggestion is moderation, as well as making sure that your child is playing the “right” games. Make sure you know whether they’re playing with a good community or not, and if they ask for new games, purchase titles like “Sid Meier’s Civilization V” and “Tropico” – both excellent strategy games which may teach kids important lessons about management, timing, and even history. If something upsets them, talk it out with them and make sure that they don’t sit there stewing or unleash their fury on other players. This advice is not infallible – there are always new studies emerging, especially for an issue as new and controversial as this, and we can’t know how much video games can affect our brains, so stay tuned.