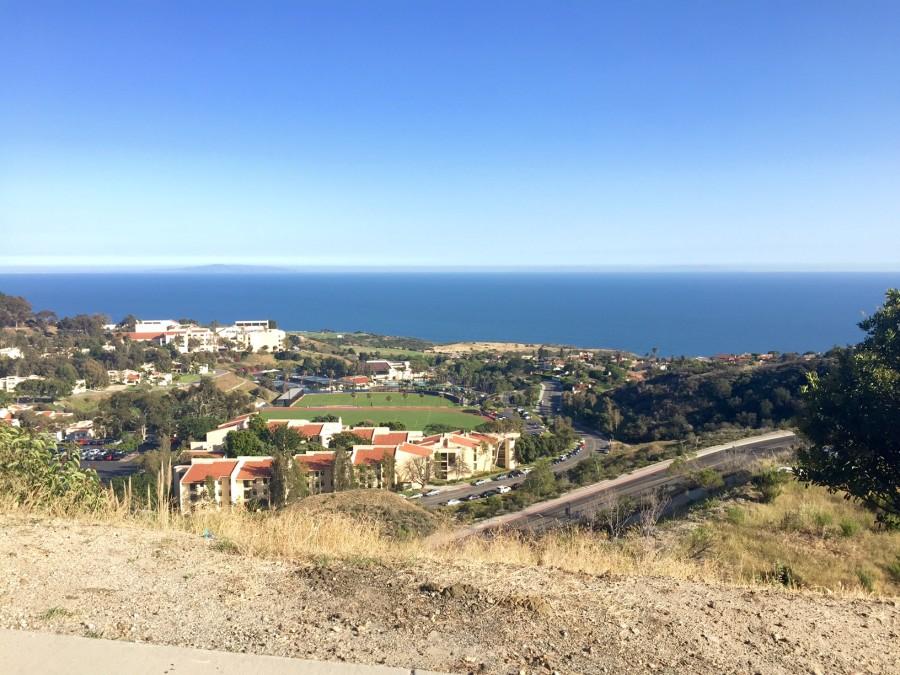 From the top of the hills where the upperclassmen housing is located, you get a beautiful view overlooking parts of campus and the Pacific Ocean.

I’d first like to take this moment to congratulate Pepperdine University for its two great achievements: not only is it constantly ranked as the most beautiful place to study, but it is also ranked for having one of the most awkward school mascots in the nation. Sorry, Willie the Wave.

After taking a pretty drive up the Pacific Coast in Malibu, California, you’ll reach the far west, large suburb, medium-sized campus of Pepperdine (younger readers may recognize the campus as Pacific Coast Academy from the hit-television show, “Zoey 101”). Being in Division I, there are about 7,600 students that attend the school, the majority of whom live on campus. While it is common at most colleges for upperclassmen to live off campus, many of the upperclassmen choose to stay in the nice housing arrangements the school offers. Freshmen can even get a dorm with an ocean view if they are willing to have a three-person dorm.

There are eight boy sports teams and eight girl sports teams that students have the opportunity to participate in if they choose. One of these sports include swimming, which takes place in the Olympic-sized swimming pool that was actually used in the 1984 Olympic water polo competitions. And although it isn’t completely dominant, Greek life does exist within the student body and offers various houses to choose from, allowing you to find the crowd that fits your taste best.

Being a university, there are several schools that make up Pepperdine. There is Seaver College; the School of Law; the Graziadio School of Business and Management; the Graduate School of Education and Psychology; and the School of Public Policy. The university itself also has the Boone Center for the Family; Center for Entertainment, Media, and Culture; Center for Faith and Learning; Center for Sustainability; and The Diane and Guilford Glazer Institute for Jewish Studies.

So if you’re interested in a breathtaking campus and many degree programs to choose from, Pepperdine University could be the school for you!