On Monday, June 22, at 4 p.m. in the Staples Center, the Fashion Institute of Design and Merchandising said goodbye to graduates from the Los Angeles and San Diego campuses. 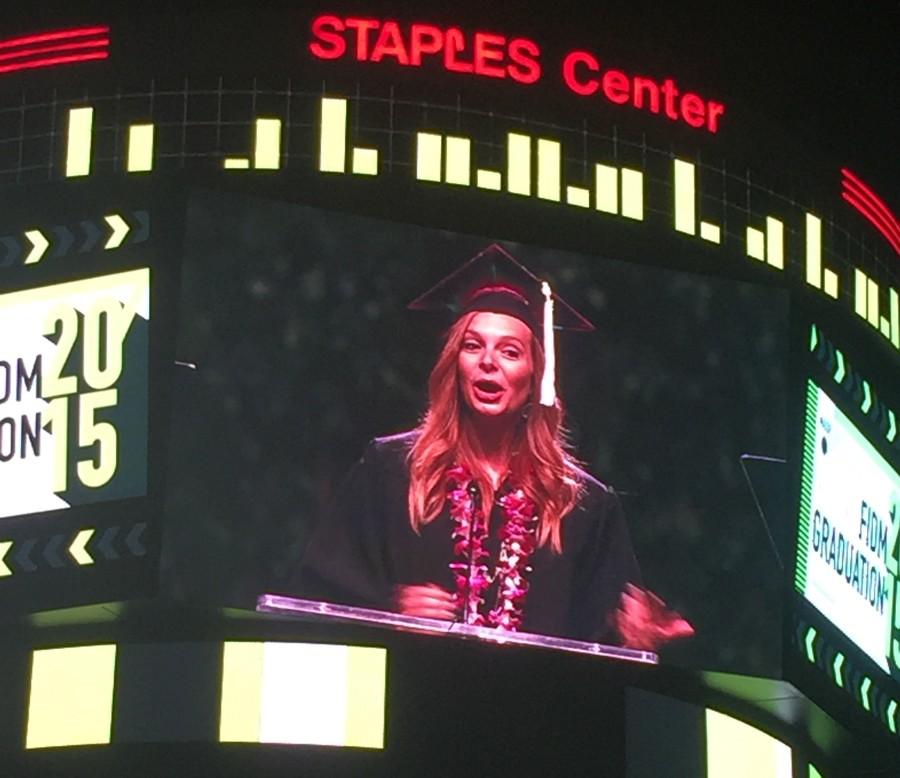 The Staples Center in filled with graduates, friends, and families on Monday, June 22. The graduation ceremony started at 4 p.m., but the doors opened at 2:30 p.m. First, there was a musical prelude then the processional started. During the invocation, Rev. Dr. Drew Sams led the audience in a prayer. Next came the pledge of allegiance and the national anthem, performed by Larry Wayne Morbitt. The President of FIDM, Tonian Hohberg, and Vice President of Education, Barbara Bundy, introduced the alumni and special guests. After that, faculty and graduate awards were given. The presentation of candidates and conferring of degrees was next. Kassandra Cassily gave a comedic and emotional Valedictory Address to the Class of March 2015 and their friends and families. Then, Morbitt came back on stage to sing “This is the Moment” from “Jekyll and Hyde.” Last came the recessional, in which graduates moved their tassels and some of the undecorated mortarboards were thrown in the air. My favorite part of the ceremony was seeing the decorated mortarboards because many of the students had unique and creative designs on theirs.