What is a Caucus?

On Feb. 3, the first ballots for presidential nominees were cast in Iowa. To do this, they used the voting system of a caucus. 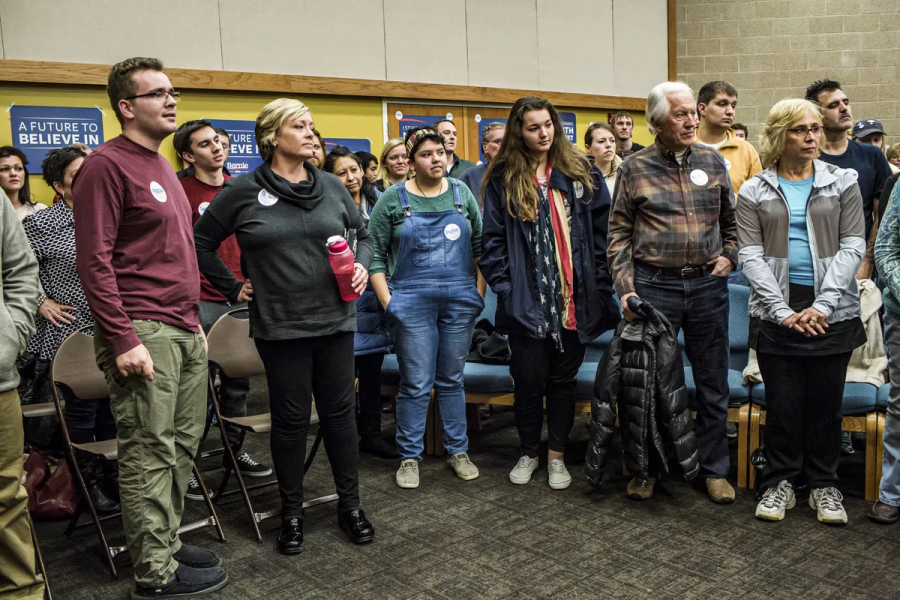 Iowans everywhere gathered this past week to debate the next presidential Democratic nominee.

While most states use primaries to select their choice for Democratic and Republican Presidential nominees, the first state in the process, Iowa, uses something called a caucus to make their selection. While a primary is basically a simple secret voting process, a caucus is different. It is more like a neighborhood gathering where nominees are discussed and debated.

Primaries, according to National Geographic, are the same for Republicans and Democrats. Again, primaries are simply casting votes, and the person with the most votes gets the most delegates. The campaigner with the most delegates at the end of the primaries wins the presidential nominee. But, this simple process is not the case for caucuses. In Iowa, the Republican caucuses are simply casting votes for a candidate, much like a primary. Democratic caucuses are much more complicated.

Democratic caucuses can take place in churches, school gyms, living rooms, etc. There will then be someone representing each one of the Democratic candidates. They will lobby for the others attending the caucus to join their group. According to USA Today, a count will then be taken for all the candidates, and any candidates with less than 15 percent of everyone in attendance are considered to be “nonviable.” Anyone who is part of a nonviable group has to make one of four decisions. They can join another group, try and convince others to join their group to reach the 15 percent mark, join an “uncommitted” group, or leave the caucus.

Once everyone has joined the group of a viable candidate, a final count is made. Delegates for the presidential nominee are then selected and assigned for each candidate, based on the percentage of supporters they received. There are 1,678 precincts in Iowa, and 11,402 delegates at the precinct level divided between the candidates. The delegates will go to county conventions held on March 21. There they will be filtered down during district and state conventions. After all these conventions, there will be just 41 delegates to represent Iowa at the Democratic National Convention.

This extremely complicated caucus process is currently only used in Iowa, and there is a reason for this. The caucuses tend to take many hours. People who work night jobs likely cannot attend. It is also difficult for people with children, as they need to find a babysitter. They also tend to be quite confusing and loud, which isn’t all that appealing to many people. According to NPR, in 2016, only 16 percent of Iowans participated in the process. And in 2020, the results were delayed due to malfunction in software used to calculate the results of the caucus. However, the caucuses do make the second and third choices of supporters more important than they would be in a primary.

The complicated nature of Iowa’s Democratic caucuses have led to many calling for the caucuses to be discontinued. CNN published an article titled “The Iowa Caucuses are an Embarrassment” as a representation of the national frustrations around how the caucuses are exhausting, confusing, and with this year’s fiasco, inefficient. They certainly aren’t alone, as similar articles were published by multiple other mainstream newspapers, such as the Washington Post and The New York Times.

The caucus debate has been going on for some time now. Because of malfunctions and inconvenience, perhaps the confusing caucuses in Iowa will finally come to an end.