The Love for “Hair Love” 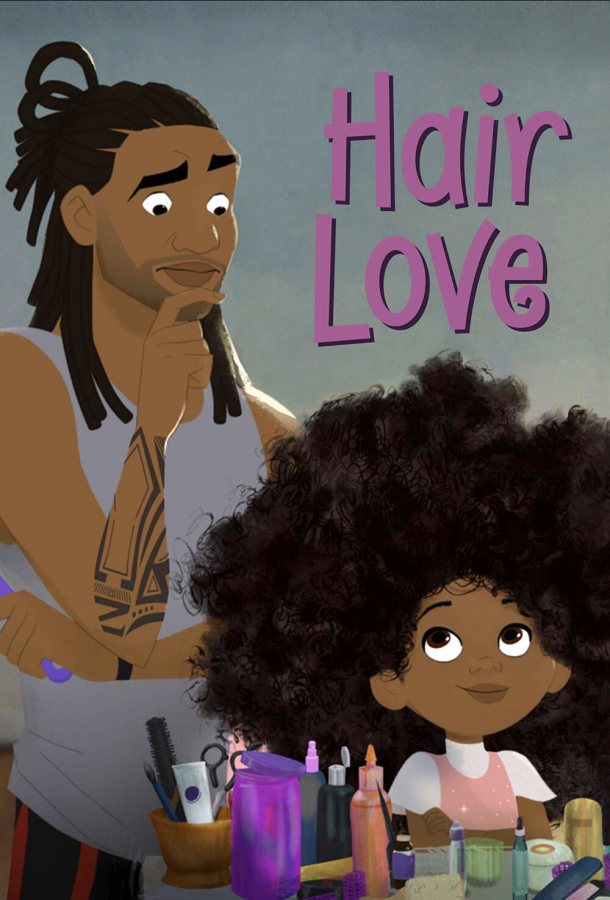 “Hair Love” is a 7-minute animated short film directed by Matthew A. Cherry. It is about the relationship between a father, his daughter, and her hair. The film won Best Animated Short Film at the 92nd Academy Awards. “Hair Love” was made after a Kickstarter campaign was funded in 2017, and was released as a children’s book in May of 2019. According to Forbes, the short film was shown before screenings of “The Angry Birds Movie 2.”

In the film, Zuri, a 7-year-old girl, tries to do her hair right before a big event, but struggles. Stephen, her father, attempts to help her with her hair while watching a tutorial, but is unable to. He was used to his wife (Issa Rae) doing Zuri’s hair. He eventually succeeds, through trial and error, before the two of them head out to visit her.

The purpose of “Hair Love” was to promote awareness of daily life in African-American households and wanted to show a modern-day dad who would do anything for their kid. Matthew A. Cherry said that he doesn’t have any kids, but has many friends who do. He “wanted to see a young black family in the animated world.” Cherry hopes that after things settle down after the award season, he will continue the story of Zuri and her hair in animation and live-action.