Why Does Peppermint Give the Illusion That Your Mouth is Cold?

Peppermint is one of the most iconic symbols of the holiday season. The most unusual thing about peppermint is that it gives the illusion that your mouth’s temperature has dropped to freezing lows. But why does this happen? 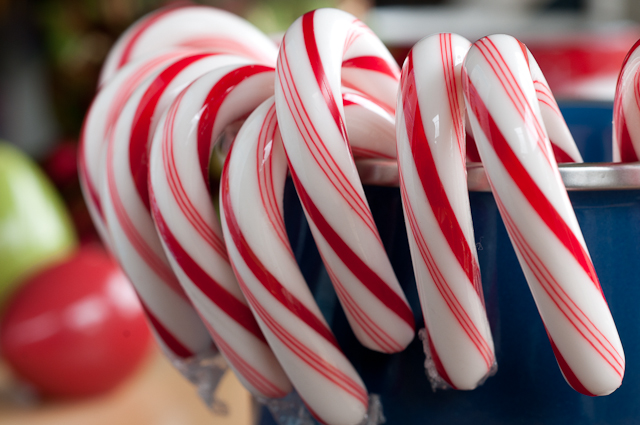 Peppermint is an iconic wintertime candy.

The most well-known food with peppermint in it is candy canes. According to How Products Are Made, candy canes are basically a mixture of mainly sugar that is heated and formed into the shape of a cane.

When you eat a candy cane, your mouth feels as though you’re sucking on ice, but this begs the question, why does peppermint give a cold sensation? Well, peppermint, which is in candy canes, has menthol in it. As reported by Live Science, menthol activates TRPM8 receptors in your mouth. These receptors are used to detect when something cold is in your mouth, like cold water or ice cream. Menthol also seems to activate these sensors. So when these receptors detect menthol, they turn on, which tells the brain that you have something cold in your mouth. The effect is not fully understood yet, and scientists can only speculate why menthol activates these receptors. But peppermint is not the only plant with menthol in it, and some of them may surprise you!

Natural Medicine Facts states that the sunflower actually has the second most amount of menthol in it of all plants. The first is the European pennyroyal. Then the unsurprising plants are spearmint, basil, sweet basil, sage, rosemary, watermint, peppermint, and more. Some plants like basil may not have as much menthol as peppermint or spearmint, but it is just enough in order to provide the delicious hint of mint that is popular in Italian food.

Menthol also has uses outside of peppermint flavored treats. If you have a breathing condition, inhaling menthol is shown to actually make breathing easier, according to the National Center for Biotechnological Information. Tea tree oil also has a menthol-like odor and is used often for clearing sinuses.

While scientists continue to ponder over why candy canes trigger cold receptors in your mouth, the majority of Americans will continue to consume billions of these holiday classics every year. GormetGiftBaskets.com writes that almost two billion candy canes are manufactured each year, and almost all of them are bought between November and December. In addition, they are not even that bad for you- aside from the sugar, the flavoring is based on peppermint which is a plant, and they only contain around 55 calories per cane. All in all, peppermint is a fascinating plant that has many uses, both edible and topical, and has a delicious taste that has been a tradition for generations (Related: peppermint can be used for more than just eating).