By taking a look at permafrost, we may be able to predict the everlasting effects of global warming. 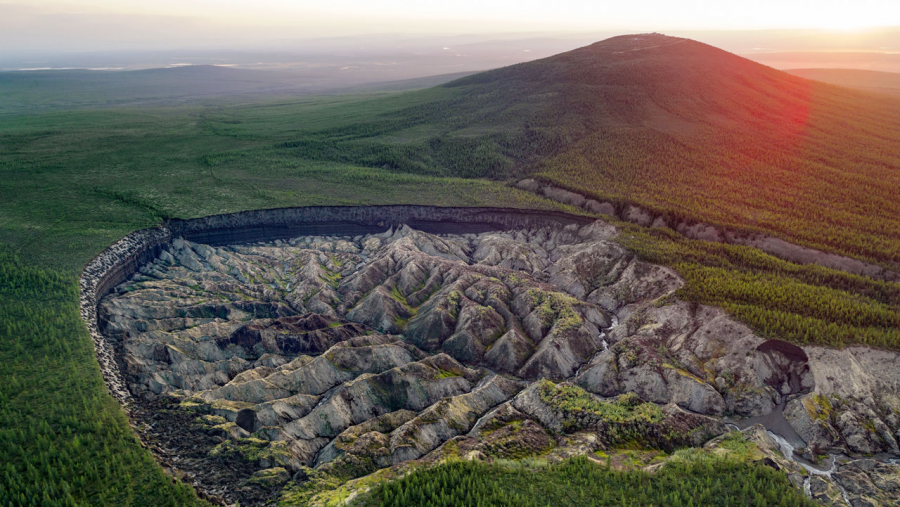 According to Discover Magazine, “In 2016, meltwater seeped into the entrance tunnel of the Global Seed Vault, a subterranean facility in Arctic Norway nicknamed the Doomsday Vault.” Millions of the seeds from the seed vault were washed up by the water, and the water froze within the seeds. There have been several cases of this from regions covered in permafrost which is a thick subsurface layer of soil that remains frozen throughout the year, occurring chiefly in polar regions. Permafrost is thawing because of global warming. Archaeologist Jeff Rasic, chief of resources for Gates of the Arctic National Park in Alaska, says “the ground’s giving way to mush.” When the ground warms, it’s much more susceptible to erosion, sinking, and structural damage. Another worry is of frozen pathogens. Permafrost contains 1,500 billion tons of carbon, more than twice the carbon in the atmosphere. “The more carbon in the atmosphere, the more warming we have, and that creates a feedback,” says Northern Arizona University ecologist Christina Schädel, who coordinates a global network of scientists studying the impact permafrost thaw. There are so many different predictions to where this might go, and probably a chance of a pathogen to arise. Similar stuff like this already happens. Dead animals are buried under the permafrost, and when the permafrost warms their bacteria is released. Another big concern are the ice sheets, which have been melting more and more each year. Only between 2007 and 2011, the ice sheet shrunk by 290 billion tons per year. When permafrost melts, it melts with soil that is in its components, and turns into mud, which erodes. Because of this, the ground is at risk of collapsing when the permafrost melts, also making building structures unstable.

We Forum mentions that the permafrost has caused a massive oil spill and a spread of wildfires. Also, Russia has been experiencing heatwaves into the early new year’s weather. President of Russia, Vladimir Putin, has even announced that the heatwaves could have thawed the permafrost, which several cities rely on. A storage tank of oil leaked by the lack of support it had because of the permafrost, and is said to be one of the worst oil spills ever in the Russian Arctic, and, because of the drier conditions, there have been extreme wildfires.

As said by BBC, several craters have been found in Siberia. As researchers discover how these craters are forming, they think that it’s not just because of the permafrost that melts, but also that they explode, and with very high pressure. Scientists have been comparing these craters to cryovolcanoes, which are volcanoes that spew ice instead of lava, found on planets in our solar system. The blast of the cryovolcanoes makes a hole, instead of a pingo. The Erkuta Crater, one of the holes, was formed on a dried up lake. When the lake dried, an unfrozen patch of soil, or talik, had gas built up. It is unknown what the source of it is, but it is said that gas forms under the permafrost. Researchers that have gone into the craters have found high levels of methane in the water at the bottom, which indicates that it is possible that methane rises from the permafrost, or that carbon dioxide dissolves in the water, and bubbles out when the water freezes. It is also possible that microorganisms break down the material and release gases.

What’s happening is consequential, and we don’t have the best ideas of what could happen when this permafrost melts as a result of global warming. There are many predictions, some of which are very recent ones. Taking a look at what’s going on with the permafrost in Siberia and Russia could give us a better understanding of what’s coming for us if we don’t make a change.