The ELA Mind vs. the STEM Mind

Going through school, most students find a subject that tends to stand out to them. However, does your favorite subject have anything to do with the way your mind works? 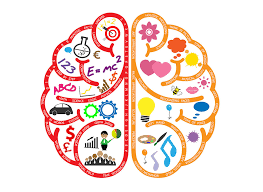 Does your favorite subject show how your brain works?

The brain is an extraordinary thing, and it’s amazing how much it controls. I decided to do a survey on students who enjoy ELA subjects versus students who enjoy STEM subjects, and the difference in how they function. Here’s what I gathered:

Generally speaking, most students seemed to enjoy math and history the most, with the two having the same percentage. Science and English were the least popular, with English having the smallest percentage.

However, when we look at it from a more specific standpoint, I asked how much the students would consider themselves an optimist versus a pessimist. Generally, both sides said that it depends on the day, but people who chose an ELA-centered subject had more of a chance of being a pessimist, whereas students who chose STEM-related subjects came out more as optimists. This could be because ELA subjects and STEM subjects tend to have two different ways of thought: ELA provides more space for individual thought. When answering a question, typically it is something that causes you to think deeper into yourself and your surroundings, making comparisons and such. This can cause a lot of overthinking, which can lead to pessimism. On the other hand, STEM subjects provide more “correct,” or “incorrect,” answers. For example, when doing a math equation, typically there is only one correct answer. Likewise in science, there is usually only one as well. This can cause less deep thought and analyzing, preventing a pessimistic attitude. To sum it up- ELA students tend to take on the skill of critical thinking, says Teach.com and STEM students learn technical thinking, says CAREERwise.

The final question I asked was a bit more personal: What would you consider to be your worst trait, or your biggest mental block academically? The majority of ELA students chose procrastination, and the majority for kids who enjoy STEM subjects was rather not say; however, the close second was bad at coping with stress.

School is such a large part of kids’ lives, and having a favorite subject can definitely affect the skills they learn and the way their thought process is. Of course, it’s impossible to fit every person into a group, but what subject you pay most attention to will likely have a toll on how your brain works, or perhaps the other way around.