Recently, a new meme of Bernie Sanders has quickly spread across the internet. He is seen sitting on a chair wearing a coat and mittens photoshopped into many different images and scenarios. 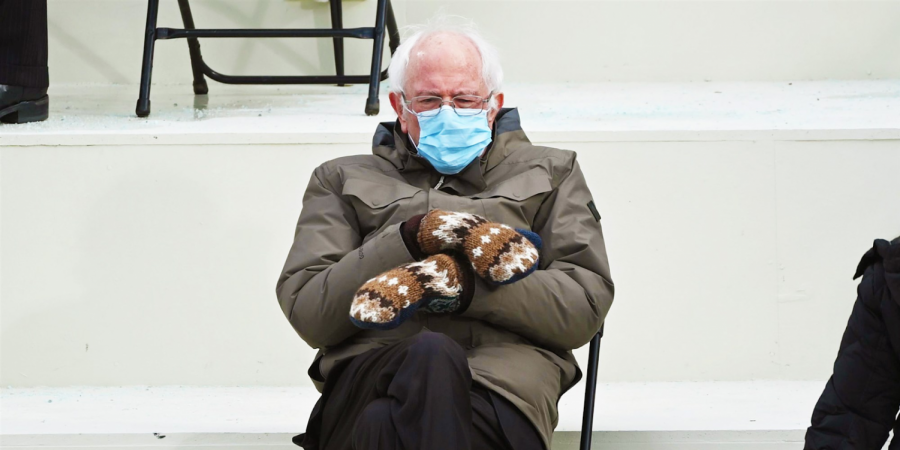 Senator Bernie Sanders (D-VT) sitting in on the Biden Presidential Inauguration wearing a coat and mittens, an image that soon became a meme.

The day after the presidential inauguration, a new meme surfaced of Bernie Sanders (D-VT). He was seen in many photos sitting down on a chair in different locations, family meetings, and famous paintings.

NBC New York states, “Most politicians dressed up for the special occasion, opting for sharp coats and sleek leather gloves. Sanders stood out in his practical outerwear.” This started out as a joke because Sanders wasn’t in as much of a fashion as the other people, not caring what people thought of what he was wearing. When people started making jokes of him, they photoshopped him and put him in a location or in a photo with their family. Looking Sanders up on the internet, you can see him in random photos, at a table, in the middle of the desert, sitting on the beach, family photos, and so on. But, why is a meme like this all over the internet?

The New York Times mentions a photographer in the inauguration named Brendan Smialowski, who has captured many historical moments. This man, however, did not expect a photo of his to turn into a meme. His response to why he took the photo is because “it was just how he was holding himself, and how he was positioning on the chair.”

CNBC brings up that Bernie Sanders even made a sweater of the meme on his website which is high in demand, but is going towards good causes. All profit goes towards Meals on Wheels Vermont, which provides people who can’t prepare their own food with warm meals. If you want to buy a sweatshirt, here is the link.

In all regards, this meme didn’t cause any harm. It gave people something to smile about, while still being in the midst of the pandemic. Although it may not be much, it’s the small things that make us feel like we aren’t alone in the pandemic.