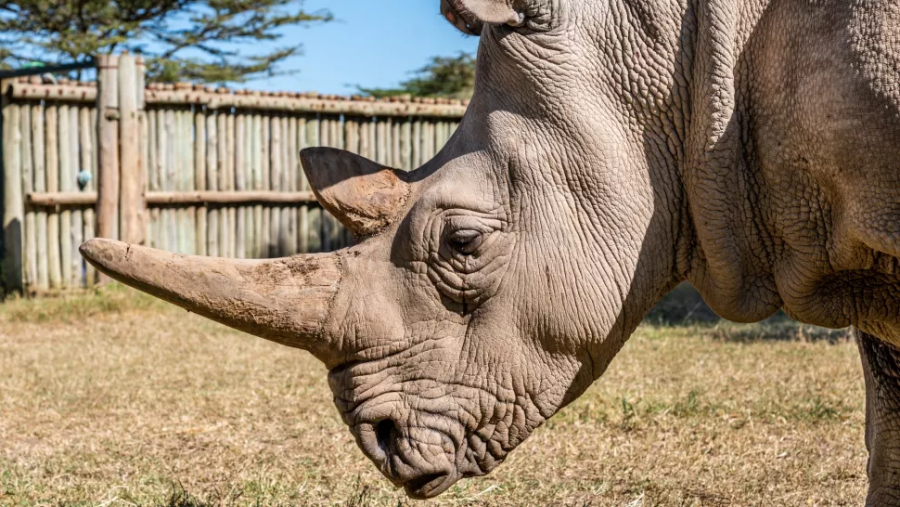 Genetic research my save the northern white rhinoceros.

Sadly, many amazing animals are slowly going extinct on our planet and the northern white rhino is no exception. Decades of being poached for their horns have left these creatures on the brink of extinction.

There are currently only two northern white rhinos left on Earth. And they’re both female. Scientists have been trying to find solutions to be able to save this subspecies from extinction and it seems that they’ve found a way. According to The New York Times, two white rhino embryos have recently been created in a lab. These tiny embryos bring new hope that this subspecies can be saved from becoming history.

In order to make these embryos, scientists collected egg cells from one of the female rhinos and fertilized them with the help of a dead male rhino. “It’s not a scientific exercise, it is really a conservation approach with very ambitious, very new technologies,” said Dr. Thomas Hildebrandt, head of the BioRescue project and a professor at the Leibniz Institute for Zoo and Wildlife Research in Germany.

The two rhinos, Najin and Fatu, were unable to carry out the pregnancy themselves due to health conditions, so the embryos were being watched over carefully at Avantea laboratory. Scientists have been working on this project for several years, Save The Rhino explained. The embryos were stored in liquid nitrogen, along with the three other embryos created in 2019. According to Live Science, conservationists want to implant these embryos into southern white rhino surrogates. In 16 months, the surrogate rhino mothers will hopefully give birth to the northern white rhinos.

This amazing way of saving the northern white rhino opens up many new opportunities to save animals from extinction. There are now only five rhino species in the world that are not endangered. Poaching is heavily impacting rhinos which could cause more animal extinctions. Scientists are hoping to use their knowledge to make sure that nothing like this ever happens to another animal species again.