TwoSet Violin: Bringing the World of Classical Music to a Younger Generation

Brett Yang and Eddy Chen are two professional violinists who created the popular YouTube channel TwoSet Violin. They make comedic skits and review modern media that uses classical music, whether it be shows, movies, ads, or even apps. 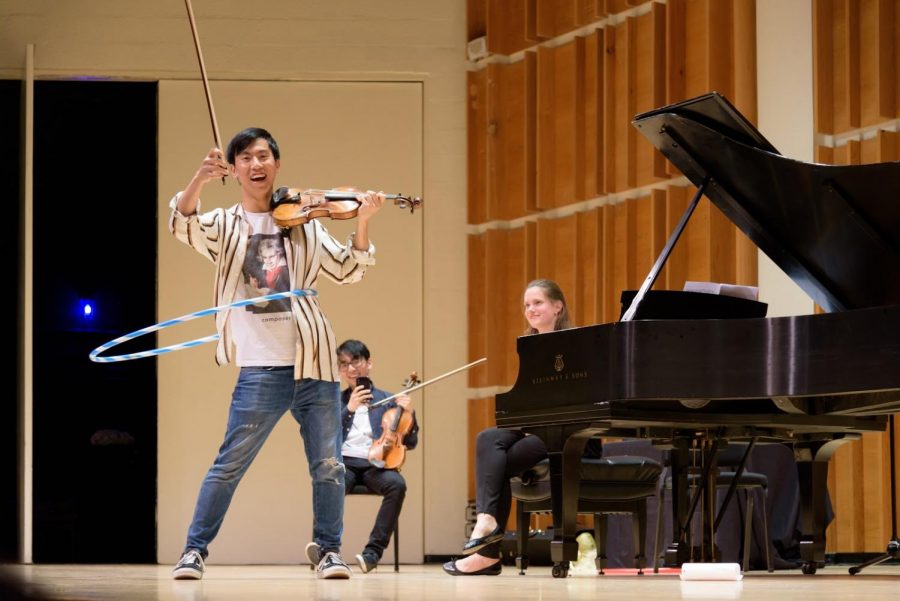 According to TwoSet Violin, in 2013, Australian violinists Brett Yang and Eddy Chen created a YouTube channel called TwoSet Violin. They create a wide range of videos from challenges, like the “Ling Ling Workout”, to reviews of media with unrealistic violin playing or classical music expectations, and conversations and insight from other professional musicians, and even world-class soloists like Hilary Hahn and Ray Chen. The main goal of their channel is to make classical music accessible to everyone by making it fun and humorous. They show that classical musicians are not the boring and serious type that some people think. They even showed Hilary Hahn hula hooping while playing violin. But how did such a unique and niche genre of content arise to more than 3 million subscribers?

Both Brett and Eddy have impressive musical records. According to TwoSet Violin, Brett started the violin at the age of five and then learned the piano when he was eight. His debut solo performance was with the Queensland Conservatorium Orchestra performing the notorious Tchaikovsky Violin Concerto in D Major, Opus 35. He later performed Mozart’s Violin Concerto No. 4 in D Major, K.218, and then performed at the G20 summit in the presence of world leaders. He was also awarded the Brisbane Club Scholarship. Eddy first learnt the piano at age five and then learned violin when he was six. He has been a soloist for many different groups including Queensland Symphony, Queensland Conservatorium Symphony, Queensland Youth, and Corda Spiritus of St Andrews orchestras. He even scored first place in the Queensland Young Instrumentalist Competition.

On a video from the TwoSet Violin YouTube channel, Brett and Eddy said that they met while sitting next to each other in class and then Brett asked, “Do you play violin?” Little did they know that this would lead to their strong friendship and the birth of the TwoSet Violin community. They coincidentally both went to the same Queensland youth orchestra as well.

For about the first year or two of their channel, they mostly posted violin covers. Then they started to make skits and just random classical music based videos. After that, they started to make some of their most popular videos, their “reviews” of media that contains violin playing or just any classical music at all. For example, they took the movie “High Strung” and roasted it for its fake violin playing and a very sacreligious violin duel. They explain what is wrong with the actors’ playing and demonstrate how the piece should sound. Then they play it the way the actor is playing it to show how awful it would sound in real life. They occasionally find a movie or show that the actors at least put some effort into making their playing realistic, but still not perfect. However, they once stumbled upon an anime that had near-perfect violin playing, “Your Lie in April.” Even the pianist was animated to press all the right keys.

They even have their own subreddit. This is where their viewers post fan art, lots and lots of memes, and videos of fans playing. They have repeatedly called it the “most talented subreddit ever!”

These livestreams are very good examples of one of the main reasons why TwoSet became so popular: their personality. The performance of the Sibelius Violin Concerto was nothing like a formal performance. When the accompaniment (played by Brett) had a solo or the solo violin part (played by Eddy) had a long rest, they would check the chat and interact with the viewers which would be lamentable in the context of a formal performance.