Change in the Silicon Valley

As times change, it seems that epicenters do too. After decades of being crowned the capital of technology, it seems that it’s finally being dethroned. 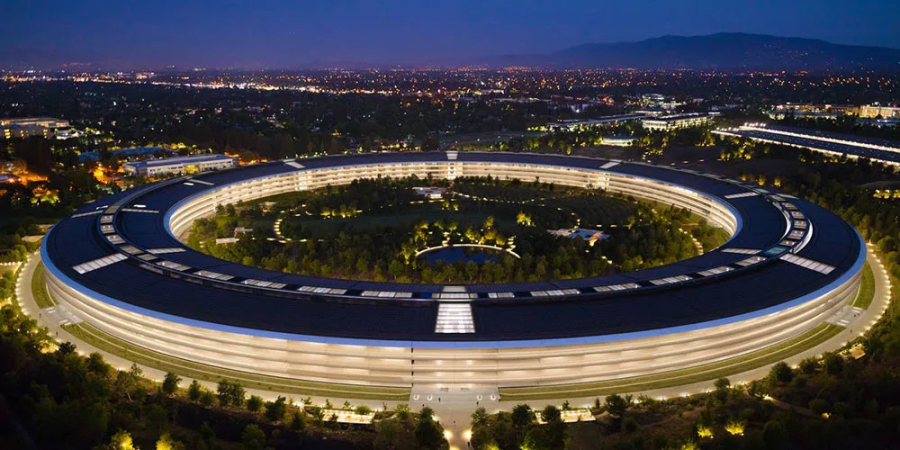 Apple Park in the Silicon Valley.

Anyone interested in technology knows it’s name. Silicon Valley has been the major area for business, home to Apple, Intel, Google, and many more major companies. According to The Balance, over 2,000 tech companies fill the area. Every business seemed to want to set up headquarters there. Even the name itself has technology in it, being named after the material in microprocessors. Although it’s hard to believe, Silicon Valley once was nothing but farmland and forest, but through its major advantages and advances, it rose to the famed position it’s still known for today. And yet that success has finally started to wear, as its initial advantages turn into disadvantages. The once-must for a company has become something to avoid, and many are realizing that it has many faults.

A big reason for this is its fame itself. There are many companies there already. What companies found was that it was easier to connect with other companies if they were all in one place. After all, collaboration done right helps both companies. It can still be done, as seen from when Microsoft and Apple themselves came together, but with physically-close relations it was easier to be close together in the project. Another reason why it was successful was the universities and colleges that surround it. Popular ones such as the University of Stanford and the University of California, Berkeley are all close by, making it an easy place to start after graduating. With all the advantages, it’s easy to see why it’s so popular.

However, many companies have recently left Silicon Valley despite all of it’s advantages. This has been coined as the Silicon Valley Exodus. Why? Well, like with every company, it’s all about the money. Digitalist Mag explains that taxes are one of the major problems. Tax rates in California are some of the highest in the country, with the corporate tax rate being almost nine percent, compared to some places in the country where the tax rate is almost three to five percent lower. It may be a low number, but in huge companies like Apple, it’s a difference of millions of dollars. Likewise, minimum wage in California is also extremely high compared to some states. In comparison, the federal minimum wage is only $7.25, a high difference from California’s $12.00 according to the U.S. Department of Labor. Another reason is just the prices themselves. Places like Silicon Valley have the highest costs of living in the country. And because everything costs so much more money, the money that they receive has less value in California. In somewhere like Washington, however, it would have a much greater value. And lastly, the companies want their own thoughts, not those of the Silicon Valley. They want to have open free thinking without suppression of thoughts that do not go with the state standards. Overall, leaving is just the simple thing to do after comparing the cost and values.

So where are the companies going? Based on the data, it would be a lesser known area that also has a cheaper tax rate and cost of living (which is almost everywhere). And that’s exactly what the data says. Intel made the move to Oregon , Hewlett-Packard is relocating to Texas, Tesla to the Lone Star State as well, and Oracle to, once again, Texas and those are just a few examples of the many. What you see is the exact opposite of California. According to the U.S. Department of Labor, the minimum wage sticks to the federal $7.25 in Texas. When comparing prices, Numbeo, a cost of living comparer, states that Austin, Texas has around 25% lower consumer prices compared to San Jose, California. Texas is just that much different from California, making it an easy choice. Another growing major epicenter for technology, however, is Seattle, Washington. Many companies now are getting the same benefits from the Silicon Valley in Seattle.

Nothing is permanent, and all this shows is that places are no different. What was once a shiny and upcoming epicenter of technology is now a crumbling place for people trying to restore what once was. But, as has been proved time and time again, history always repeats itself. It won’t be long until another area is a must for a new company. It’s already being seen with places like Seattle, Washington, and it is a pattern that will continue throughout the future decades.