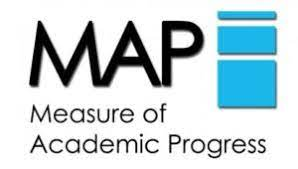 MAP tests, or the Measure of Academic Progress, is a computerized test required for students of a variety of grades. But what is the reason behind them?

Why was the MAP testing invented?

According to NWEA, the MAP test was invented to measure students’ progress and growth in school. MAP testing was invented to reflect and introduce teachers to new topics. MAP testing shows teachers what they need to know about their class and what they should teach next year or continue teaching next year. The information obtained through the testing also shows students strengths to their teachers, as well as which specific areas need extra help. Teachers usually use this information to rework their classes and curriculums to better educate students.

When was MAP testing invented?

The MAP test was invented in 2000, but before its existence there was the first online computer adaptive assessment in 1985. Eventually in 2000, it was improved and called the MAP growth assessment.

Why do we have to do MAP tests?

MAP testing is used to measure students’ growth throughout school years, which is why we have to participate in testing in the first place. Without the information acquired from MAP tests, students and teachers would not know where they are at. For this reason, teachers could be teaching unnecessary information or too much information on a certain topic for students to handle. As stated by NWEA, the MAP tests give the teachers an understanding of what they need to be teaching, and the students an idea of what they will learn later on. Likewise, the testing makes placement in new classes easier and more accurate based on students’ performance in particular subjects.

In conclusion, the MAP test is more important than it may seem. That is because it is used to track students’ academic performance and progress to give their teachers an idea of what they need to teach. Taking the MAP test gives teachers a way to manipulate their classes and courses for optimal student success.