Netflix’s show, based on the New York Times bestselling book “Shadow and Bone,” premiered on April 23. What is this show about, and how is it different from the books? Read ahead at your own risk; there are major spoilers included. 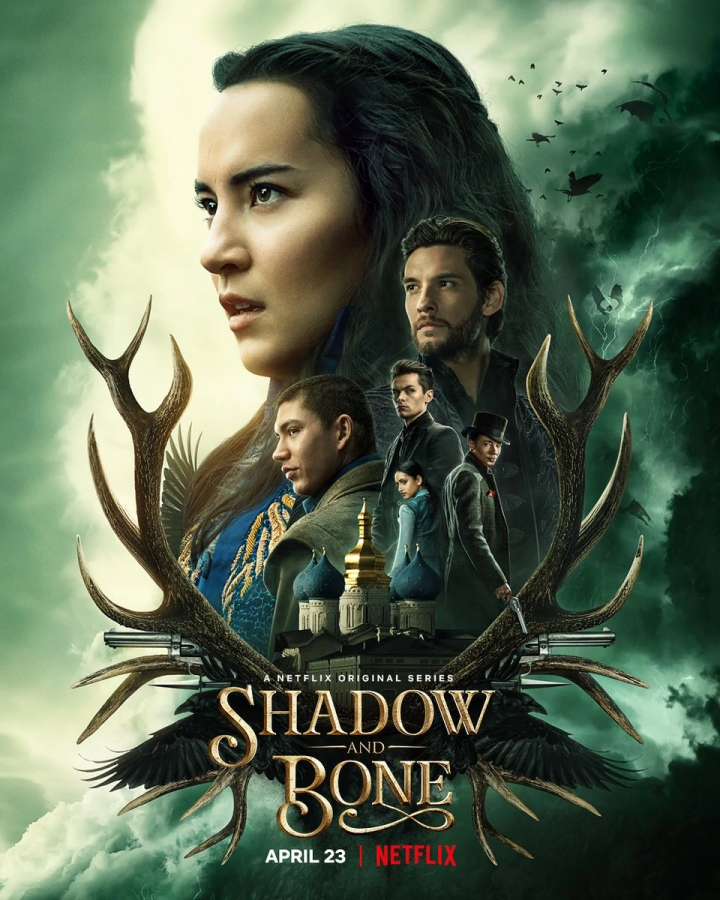 The "Shadow and Bone" poster.

Netflix’s new TV adaptation “Shadow and Bone” ranked number one for the week of April 25 on the Rotten Tomatoes “Most Popular TV” list, according to Rotten Tomatoes. A big fan base and a lot of hype have made the show popular, especially among young adult fantasy readers.

Set in a mythical world filled with Grisha, people with powers, Alina Starkov (Jessie Mei Li) is a mapmaker in Ravka’s First Army. Ravka, one of the five countries in the Grishaverse, is locked in constant battle with its neighbors, Fjerda and Shu Han. Ravka is torn in two by the Unsea, a swath of darkness created by Grisha powers, more commonly referred to as the Shadow Fold or simply the Fold.

Alina is stationed in an army camp at the edge of the Fold, in Kirbirsk. There, Alina reunites with her lifelong friend and fellow orphan from Keramzin, Malyen “Mal” Oretsev (Archie Renaux). Alina and Mal are both chosen to travel across the Fold, in order to pick up supplies for the First and Second Armies. However, once they are in the Fold, their transport is attacked by the volcra, the monsters that live in the Fold. During the attack, Alina summons light, a power thought to only exist in legends and stories, fending off the volcra and bringing the crew back to life. Following the plot of a “chosen one” archetype, Alina must learn to harness her power and become the legendary Sun Summoner—the only being capable of destroying the Fold—while navigating the ins and outs of being a Grisha, finding out who she can (and can’t) trust, and showing the world who she really is. Along the way, Alina’s heart is tested as she makes new friends, enemies, and lovers, and comes face to face with an evil that has been plaguing the world for centuries.

Netflix’s “Shadow and Bone” adaptation made some changes to the original plot of the books, as well as the characters themselves. Alina Starkhov’s character, played by Jessie Mei Li, was fully Ravkan in the books. However, in the adaptation, Alina is half Shu. This, in part, adds to how different and alienated Alina is. In the book, “Shadow and Bone,” General Kirigan (Ben Barnes) goes by the moniker The Darkling. Meanwhile, in the “Shadow and Bone” TV show, General Kirigan, also known by a few as Aleksander Kirigan, was given a new name and title. Another large change was the setting and timeline. The Netflix adaptation takes place during “Shadow and Bone,” which is set before “Six of Crows.” Because of the time difference between the series, showrunner Eric Heisserer and author Leigh Bardugo made the show the equivalent of a “Six of Crows” Book 0. This provides a foundation for the next seasons, while still giving fans the characters they love from “Six of Crows”: Kaz Brekker (Freddy Carter), Inej Ghafa (Amita Suman), Jesper Fahey (Kit Young), Nina Zenik (Danielle Galligan), and Matthias Helvar (Calahan Skogman). During the “Shadow and Bone” TV show, “Six of Crows” characters Kaz, Inej, and Jesper must kidnap the protagonist Alina. This creates multiple compelling interactions between the characters of the series.

Overall, Netflix’s “Shadow and Bone” started with a thrilling first season, with many iconic lines, characters, and events from the books. With two more predicted seasons coming soon, the series is totally worth the wait and time and will excite fans new and old.