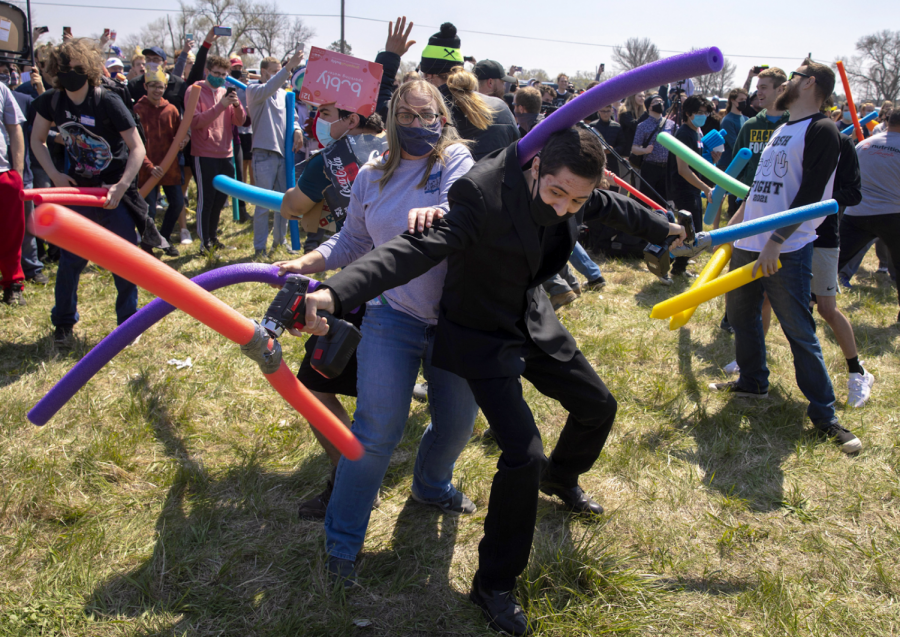 On April 24, 2021, hundreds of Joshes gathered in Lincoln, Nebraska, pool noodles in hand, to battle it out. This legendary event took the internet by storm, creating a meme that will forever live on. Surprisingly, the origin of this iconic event goes back to 2020.

The New York Times explains that it all started with Josh Swain, a student at the University of Arizona. Swain created a Facebook group chat with several others with the same name explained in the group chat that they would battle it out a year later, the winner getting to keep the name. This was originally just a joke, but after screenshots of the conversation went viral, Swain knew what needed to be done.

The post resurfaced as the battle date drew near, and Joshes across the country prepared for the fight. According to The New York Times, around 1,000 people showed up, most spectators, but also a handful of Joshes ready to defend their name. The event started with the Swainbowl, where the original Josh Swain, and Josh Swain from Omaha, Nebraska, solved the name problem like men, and played rock, paper, scissors. The original Josh, Arizona’s Josh Swain, came out with a win, claiming the name for himself. But the most iconic part of the battle came when some brought pool noodles for a melee battle. A battle royale between the Joshes commenced, creating sheer chaos, as NPR continues to explain. After much intense fighting, a winner was selected. That winner was Josh Vinson Jr., a four-year-old from Lincoln. “Little Josh,” as he was dubbed by his peers and the media, received a very fitting Burger King Crown, and the title of “Supreme Josh.”

But this event wasn’t just to have fun. Swain realized he could use all the attention for something good. According to the Washington Post, Swain started a fund for Omaha’s Children’s Hospital and Medical Center Foundation. With the help of many Joshes and gracious donors, almost $12,000 were collected and donated to the hospital.

Overall, this was an unexpectedly successful event, and can show the power of the internet. This all started from one simple joke post, but turned into a legendary event that also did a lot of good. The Josh fight will forever be remembered on the internet, and in all of our hearts.