In 2012 near a Miami zoo, scientists discovered a species of Trapdoor Spider, a spider that uses a web-spun trapdoor to catch its prey and can live up to 20 years. Earlier this year, the spider was confirmed as a new subspecies. 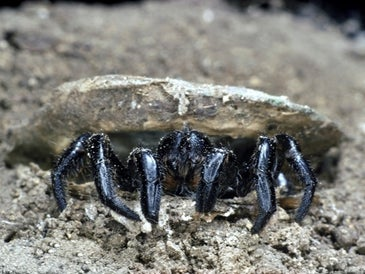 On April 14, 2021, the Pine Rockland Spider was declared, after close examination, a new species of Trapdoor Spider.

According to 9News, “experts believe a bite from a Pine Rockland is as painful as a bee sting, with the venom helping liquefy the insides of their prey.” This deadly spider catches its prey by hiding in an enclosure and pouncing on prey when it wanders too close. Trapdoor Spiders get their names from creating their own “trapdoor.” The spider does this by funneling a web into a tube-like structure which can open and close from the top or bottom.

While what the spider does is intimidating, the size of it is not, as the spider is only about one inch long. This spider only bears a couple of different colors, the most common being black. However, various shades of brown have also been spotted on this spider. While only around a fourth of the size, this new species of spider shares similar characteristics with the common tarantula, as they both have similar colors and hairy legs.

This spider is just one of many new species; every year, thousands upon thousands of animal species are discovered. It is incredible just how many unknown species are living among us. These unknown creatures are very prevalent in our lives and the surrounding environment, and we don’t even realize it.