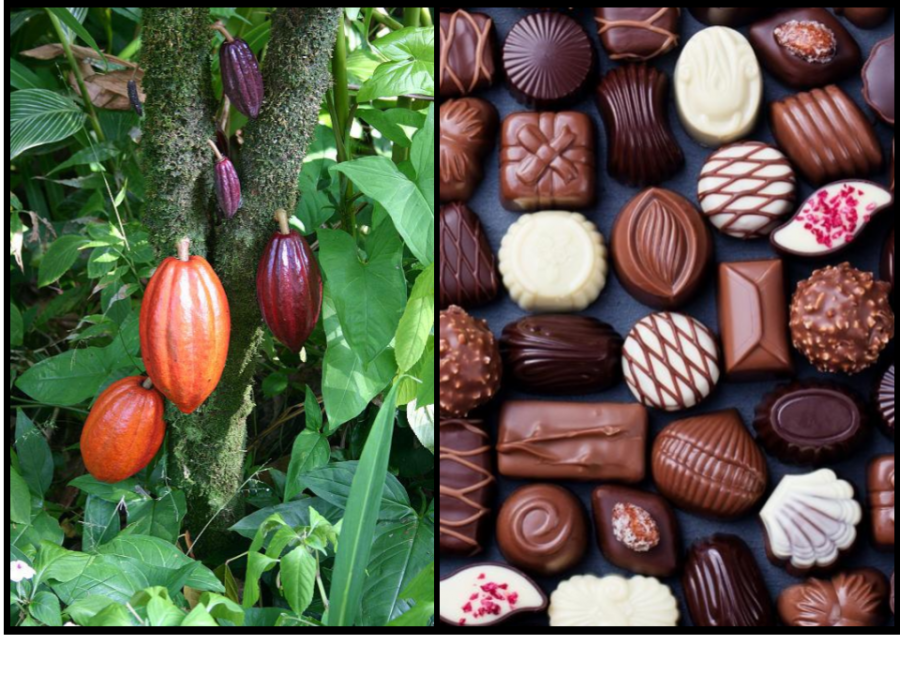 A drink, a currency, and a bar. How our use of chocolate has evolved over the centuries.

According to HISTORY chocolate’s original form is the cacao bean, which comes from pods on cacao trees. It begins with the Olmecs, who give the knowledge of chocolate to the Mayans. Chocolate was important to the Mayans, and they used it in ceremonies and in everyday meals. They would turn the bean into a drink, sometimes mixed with honey, chili peppers, or water.

The Aztecs also appreciated chocolate, maybe even more than the Mayans did. They used it as a drink, but they also used cacao beans as currency. They valued the beans more than gold. Chocolate was mostly for the upper class, but the lower class drank it during special occasions like weddings.

Some say that in 1502, Christopher Columbus discovered cacao beans after interfering with a trade ship and brought the beans with him to Spain. Others say Hernan Cortes discovered the cacao beans when he was a guest at Montezuma’s court and brought the beans back with him to Spain. The origin is still debated, but chocolate spread quickly throughout Europe. They altered the drink a little, replacing the honey and chilli peppers with cane sugar and cinnamon. They started many slave-run chocolate plantations in Europe.

In 1641, chocolate arrived on a Spanish ship in Florida. Years later, America’s first chocolate plantation opened in 1682 in Boston and soon the treat was enjoyed all over America.

Chocolate was initially just enjoyed as a beverage, but in 1847, J. S. Fry created the first chocolate bar. He combined sugar, chocolate liquor and cocoa butter and molded it into a bar. Daniel Peter invented milk chocolate by mixing milk powder and chocolate in 1876. Rudolf Lindt later created a machine to make the consistency of chocolate bars go from chewy to smooth.

Chocolate today is very diverse with many flavors and consistencies. Chocolate has gone through many years of sweet history.