North Sentinel Island has been banned because of its many associated dangers. 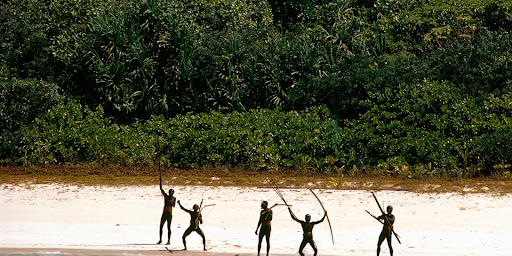 North Sentinel Island has been illegal to travel to since the middle of the 20th century.

North Sentinel Island, also known as “the illegal island,” is one of the Andaman Islands, located in the Indian Ocean, states Times of India. The indigenous people who live on the island, called the Sentinelese, have lived and been a tribe on the island for over 55,000 years, states Survival International.

ED Tdtimes states that the reason the Sentinelese are so violent is because of a man named Maurice Vidal Portman. Many years ago, Portman would kidnap tribespeople and force them to pose in disturbing ways. Since then, the tribe has been violent to visitors, with an exception of an anonymous Indian Anthropological Survey director, who visited in 1991 and left without harm, explains Young Pioneer Tours. The government of India states the island should be left alone to protect the Sentinelese and preserve their land.

Many mysteries lie beneath North Sentinel Island. There are many questions about the Sentinelese and the origins behind the Island. Unfortunately, researchers believe these mysteries are unanswered and will remain as such for some time.