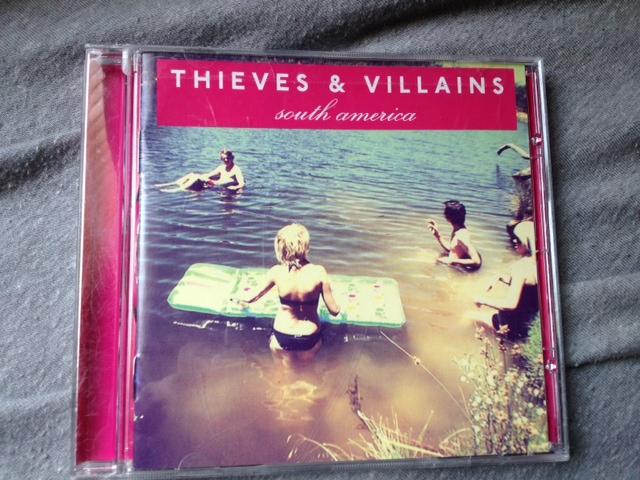 If you’re into rock and feel a little burnt out on all your Weezer, Gaslight Anthem, and Vampire Weekend, South America by Thieves and Villains just might be the album for you. It features Sergio Otaegui on lead vocals and guitar, Christopher Pennings on guitar and backup vocals, Chris Competiello on bass, and Joseph Penna on drums. The album has a nice, clean sound to it that is just smooth to listen to. The lyrics are easygoing and clean, which means you can blast this album on full volume with your great-grandmother in the car while driving to pick up your five-year-old sister from school without a problem, which is something that you can’t always do.

The album’s strongest songs are “South America” (which the album was named after) and “Central Park,” but that’s not to say that the other songs on the album aren’t good, because they are. Each song features strong vocals that are pleasing to the ear, tasteful guitar work, and easy drums backing the whole album, which help give it a very laid back feel that just makes you want to stick your iPod on repeat and listen to the album for a few hours. The only downside is that the album won’t last you very long on one playthrough. The songs in South America generally range from two to three minutes long, giving you a total album time of somewhere around 40 minutes of music. Now, that isn’t bad by any means, but with solid songs like “Some May Call it Rain,” you feel as though the song ended just a bit too soon.

Overall, Thieves and Villains made quite a solid album, which has earned South America a four out of five suns due to the easygoing manner of the music, the crystal clear sound quality, catchy songs, and tasteful lyrics. However, it does disappoint the long term listener with short songs and a limited supply songs.