Teamwork And A Team Mentality

The Varsity boys’ soccer team is keeping the spirit alive. 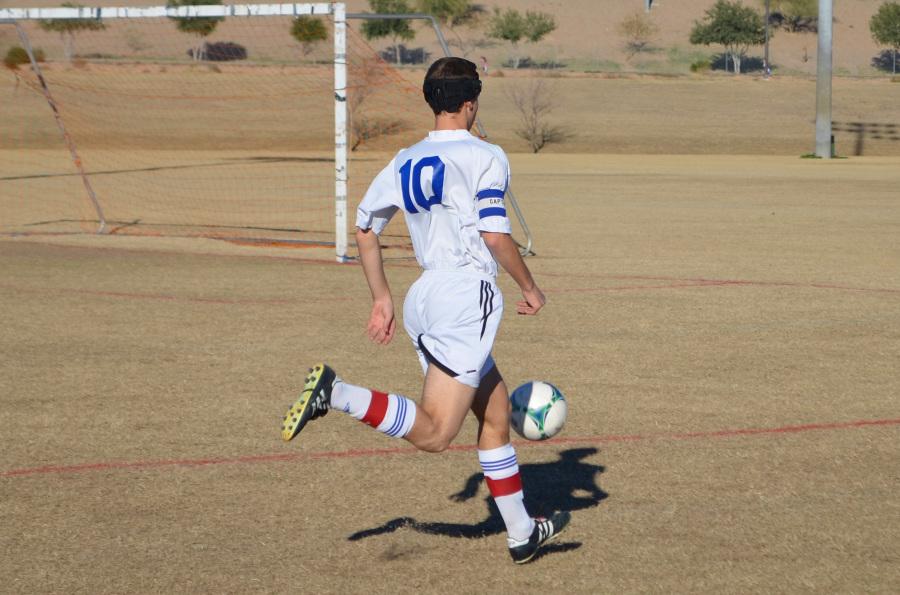 At 3:45 on Wednesday, 14 Jan., our Horizon Honors Varsity boys’ soccer team played against Chandler Prep, which resulted in a win for Horizon Honors. Throughout the game, the boys dominated on the field, executing clean passes and great goals.

The first half started off slow with many close attempts to score and also had impressive performance plays made by freshmen Daniel Haros and Ryan Holguin. Each player demonstrated great skills and did a fantastic job by keeping the ball on the Eagles’ side of the field. We ended up being scored on twice, but towards the middle of first half, sophomore Will Goff scored a goal assisted by senior Kyle Hickie. One goal wasn’t enough, however, as Holguin assisted sophomore Alex Weixler to tie the game.

In the second half, the team came back with lots of energy and spirit. Goalkeeper Spencer Brown, sophomore, did an excellent job on preventing any shots from being scored. At the beginning of the half, junior Josh Drapkin scored from a penalty kick followed by Haros also shooting one in the goal. Bringing the game back to yet another tie, Chandler Prep scored two more goals. Hickie scored a beautiful goal assisted by Haros putting the Eagles on top, winning the game five to four. The boys played with a strong will to win, as they needed this victory to keep their dream of advancing to the finals alive.

At the conclusion of the game, Joseph Holguin stated that, “It’s a great group of guys and I love being around them. We wanted to win this game for our teammate and brother Ben Bongard in honor of his dad, Mr. Jeff Bongard, who passed away on January 10, 2015. In remembrance, we tied red ribbon on our cleats.”