Horizon Honors soar with a victory against Phoenix Country Day. 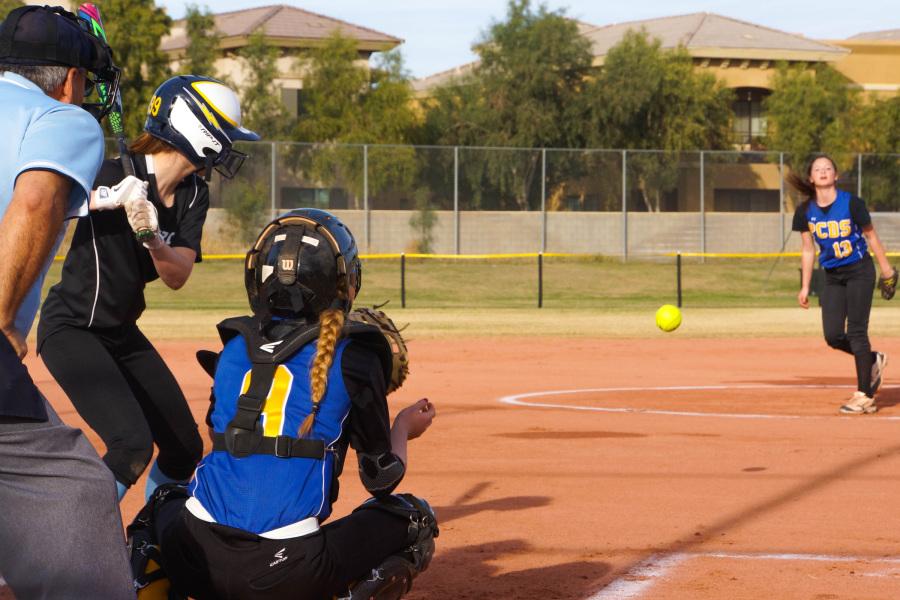 Horizon Honors' Middle School Softball team played an excellent game on Tuesday. They ended the game with a win.

On Tuesday, Jan. 20 at 3:30 pm, our Horizon Honors Middle School Softball team played against Phoenix Country Day, bringing back a win of ten-to-nine. The game was enjoyable to watch, and the girls played wonderfully.

In the beginning of the first inning, eighth grader Victoria Mejia scored a home run, bringing in two runs, putting us on top at 3-2. Mejia commented about how she felt after her home run, “I felt good because I helped the team score more runs and made a good hit.” Not too long after, eighth grader Abby Cavner and seventh grader Kaylee Arenz both hit singles, greatly helping the team by scoring more runs.

The opposing team was ahead of us at this point, but, towards the middle of the game, the girls began to excel in the outfield. With Arenz pitching and Mejia catching, they were unstoppable. Everyone did a great job of displaying clean throws and excellent catching in the game. Great plays were made by seventh graders Evan Mills and Amber Fretwell, who both got multiple runners out.

Towards the end of the game the score was close at seven-to-nine. Cat Scolaro spread positivity within the dugout, getting the girls pumped to win the game. Each player had a solid at bat, bringing us up enough points to win the game.

Throughout the game the girls showed constant support within the team by cheering each other on in the dugout and motivated each other to get hits. Cavner commented on the bond between her and her teammates, “We all get along and like to joke around with each other.” After going to see their first game of the season and then this one, it’s hard to miss how much they’ve improved and how close they’ve come over the short period of time.

Come show your support by attending their last game of the season at home on Monday, Jan. 26, at 3:30 pm against Grace Community Christian.