We Shoot, We Score!

Tuesday, Feb. 3, both the boys’ and girls’ varsity basketball teams played against Sedona Red Rock High School and showed on the court how much work they put into preparing for games. 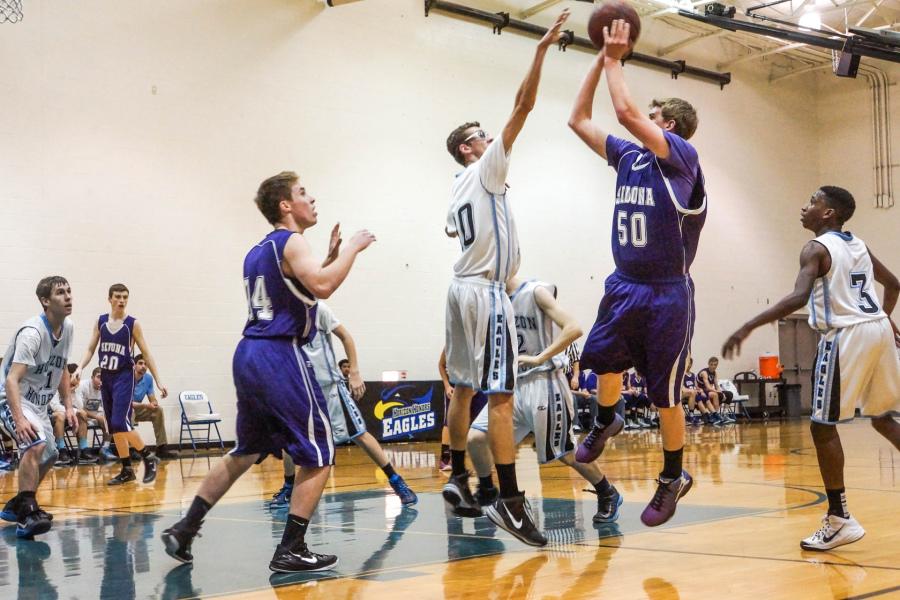 Sedona Red Rock High is the second-to-last team that our Eagles will play. The game against Red Rock is also one of the last two home games of the season. Sadly the season is ending, but we are proud of all four of the basketball teams and wish them the best end to the season.

Starting at 5:30 p.m., our varsity girls started off the game without the first possession but made up for the loss with a well-executed defense. In the first quarter, the offense missed a few chances, causing three turnovers. Sedona scored five to Horizon Honors’ one, but when the second quarter came around, more points started going up on our scoreboard. The halftime score was five to nine, our girls down, however a momentum gain and amazing effort from the Lady Eagles closed the gap between points. Although the ending score was a loss of 35 to 45, the students are proud of the effort our Lady Eagles gave.

Senior Patrick McPherson, of the varsity team, seemed very confident the night of the game. “We are definitely prepared for Sedona,” commented McPherson, “and I’m almost absolutely sure we’re going to see a win today.” McPherson guessed correctly. The varsity boys’ game was a showcase of talent and skill and ended in a 70 to 47 point game with Horizon Honors on top. It was definitely a battle between the offenses, as every second of the game for the first two quarters was filled with shots going up and drives to the basket. In the second half, our defense began to pressure the ball much more and play a tighter defense. This stopped the energy of Sedona Red Rock, giving us much more control over the game. This control led to increasing the point gap and pulling away for a win.

Congrats to the basketball teams for their good effort, and let’s hope for a win this Thursday, Feb. 5, Senior Night!