U of A Women’s Basketball Makes History 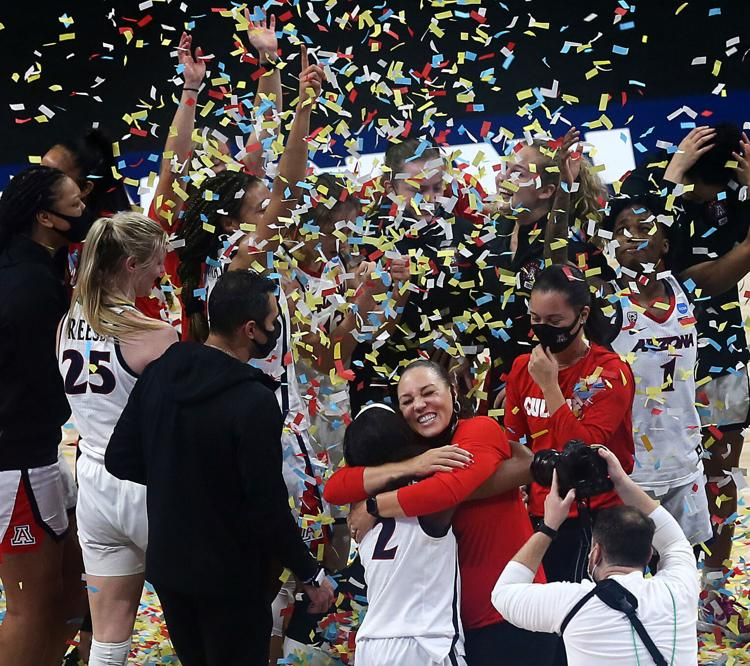 U of A women's basketball excels, gets spot in Final Four.

As the NCAA March Madness tournament continues, the University of Arizona women’s basketball team moves on to the Final Four for the first time in history. ESPN shares that Arizona beat Indiana 66-53 in the Elite Eight on Monday night. In the spotlight, senior guard Aari McDonald scored 33 points, shot 12-for-20, with 11 rebounds and four assists. She also has scored double digits for 96 consecutive games, which is the longest active streak in women’s college basketball. As a result, Arizona will be joining UConn, South Carolina, and Stanford in the semi-finals. Tuscon.com also adds, Arizona (20-5) will face top-seeded UConn (28-1) on Friday for a spot in the national championship game.

At the end of the game on Monday, the team celebrated by congratulating each other in the confetti, as well as having head coach Adia Barnes and captain Sam Thomas cut the net off the hoop. They also placed their team on a large banner bracket outside the court.

With all the hard work and dedication, University of Arizona Women’s Basketball is well deserving of this opportunity.