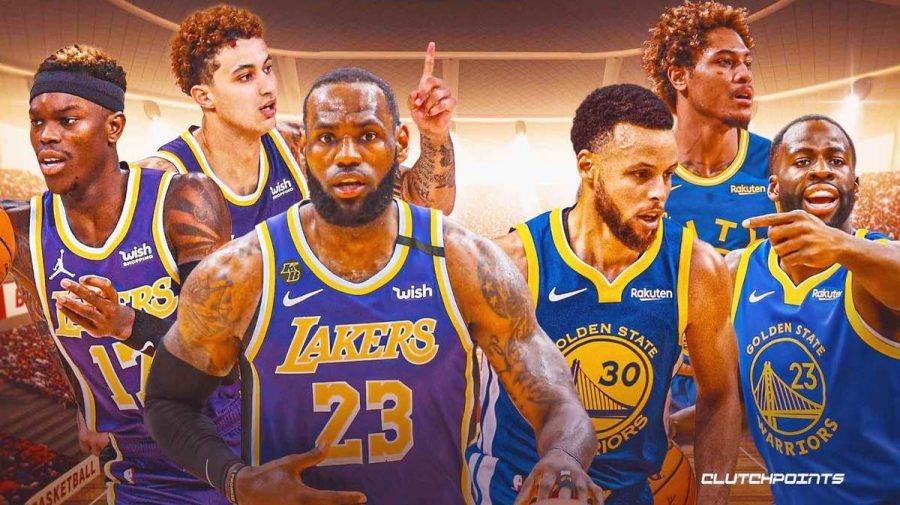 The Lakers played the Warriors in what looked to be a blowout by halftime. However, the Warriors left their offense in the locker-room, which came back to haunt them in the closing seconds.

The Los Angeles Lakers played the Golden State Warriors on Wednesday, May 19 at the Staples Center in Los Angeles. The Lakers were in jeopardy of playing the Memphis Grizzlies, who beat the San Antonio Spurs earlier that night, if they lost to the Golden State Warriors. The Lakers’ injuries have healed mostly. LeBron James and Anthony Davis are back on the court, but Jared Dudley and Marc Gasol are still placed on the injury reserve list. The Golden State Warriors had a few key injuries with them being Kelly Oubre Jr, Klay Thompson, James Wiseman, and Damion Lee. The loser of this game plays the Memphis Grizzlies for the number eight seat in the western conference, while the winner gets the seventh seat in the playoffs.

The second quarter is when the Golden State Warriors took control of the game, outscoring the Los Angeles Lakers by seven points to lead the game by 13 points. It was 42 to 55 at halftime.

The fourth quarter was a competitive fast paced quarter with both teams racking up point after point being within four points of each other the whole time. With the final two minutes left in the game, the Warriors were either tied or within 2 points. With a minute and three seconds left on the clock, LeBron James landed a wild 34-foot three point jumper courtesy of the assist by Kentavious Caldwell Pope which proved to be the shot that sent the Warriors to play the Grizzlies The Warriors tried to respond with a three of their own but failed in their attempt. The Lakers inbounded but fouled, missing both free throws. With 2.1 seconds left, they inbounded inbound the basketball to Stephen Curry, but the ball got swiped by Kentavious Caldwell Pope, ending the game.