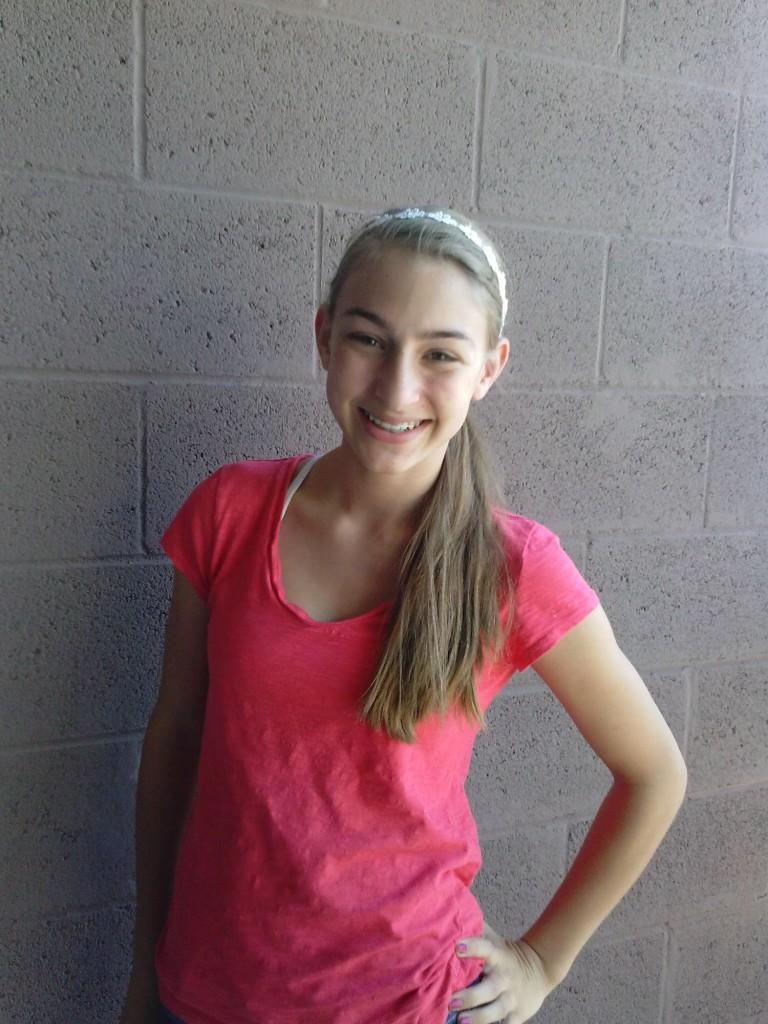 Freshman Giuliana Castronova shares what it is like to be on the volleyball varsity team. Castronova made the team this year along with other freshmen including Alexa Smythe.

Giuliana Castronova is a freshman on the Horizon Honors varsity volleyball team. She is one of the few freshmen on the team. Castronova began playing volleyball at the YMCA when she was in the second grade. From there, Castronova moved up to playing for club teams, then the junior high team, and now the varsity team at Horizon Honors.

Castronova is one of two liberos on the Horizon Honors varsity team. The libero, according to Giuliana, is the “best passer.” Liberos wear a different jersey and can go on the court without having to be substituted. The libero cannot rotate into the front row. They cannot attack the ball and are barred from interacting overhand with the ball when they are in the front row, but there are several exceptions and technicalities to this. However, the libero usually only serves and passes. The libero is a crucial position since they are recognized as the team’s best defender, and it is impressive for a freshman to hold the position. Castronova says she appreciates the time she gets to play.

Being part of the varsity team, Castronova has to attend practice every day, which usually takes two to three hours and often runs over. Her time is also heavily devoted to games, some of which can be as far away as Yuma. When asked, she said that she struggles to balance school with being on the team. Castronova says that she has to stay up late to finish homework after practice.