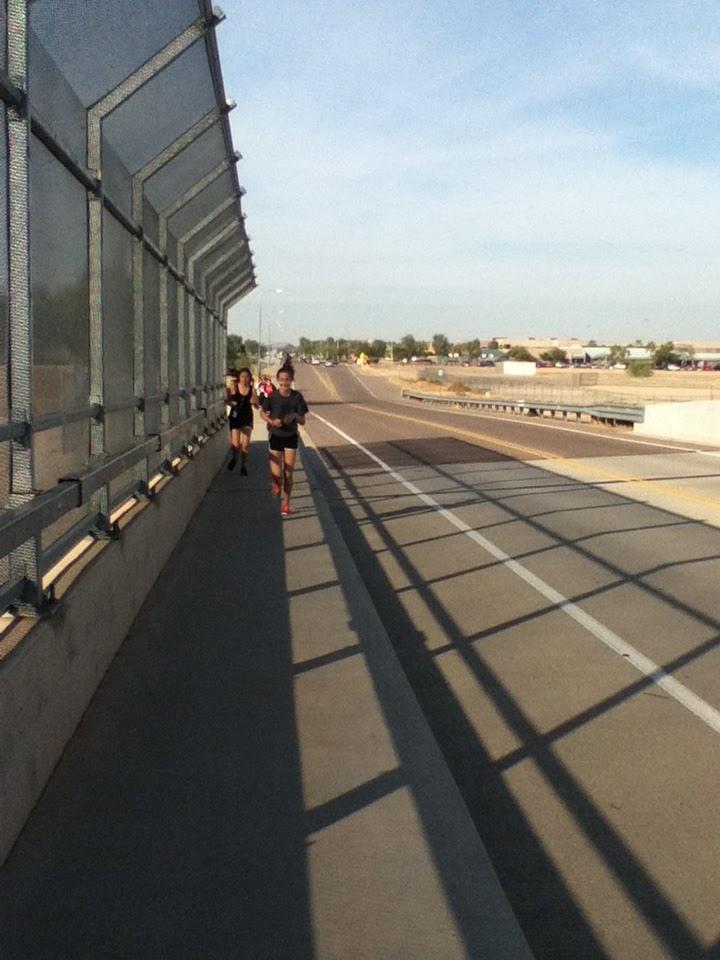 With only one practice until the cross country season is over the runners are working hard to perform well in their last meet. Eighth graders Kenzie Knippers and Alex VandeMore, ran to Pecos Park for practice.

With a final meet on Feb. 1, the middle school Cross Country season is coming to a close. This year the Cross Country team had a strong season with the girls’ taking first place and the boys taking fourth in their respective divisions. The team had a total of six meets where the runners competed for individual and team scores.

The Cross Country team’s dedication to practice led to improvement over the course of the season. All athletes started with goals at the beginning, and many accomplished them. Eighth grader Alex VandeMore stated, ”the most important thing I wanted to take out of this season was how to pace myself while running long distance.” With the help of Coach Laura Owes, the athletes were pushed hard all season, improving their endurance and speed. ”I definitely improved my ability to run for a longer period of time. I’ve managed to shorten my mile time in the matter of 3 months of cross country,” said VandeMore.

“I’m proud of all of the runners. I am always amazed by how hard my runners push themselves, especially during practice where the real ‘work’ is done,” shared Owes.

With just less than a week left of the season, the team is still working hard for the final meet: ”I feel like we will end the season on a positive note with the runners giving their all and doing the best they can,” concluded Owes.