Video games seem to be encroaching on the territory of athletes. 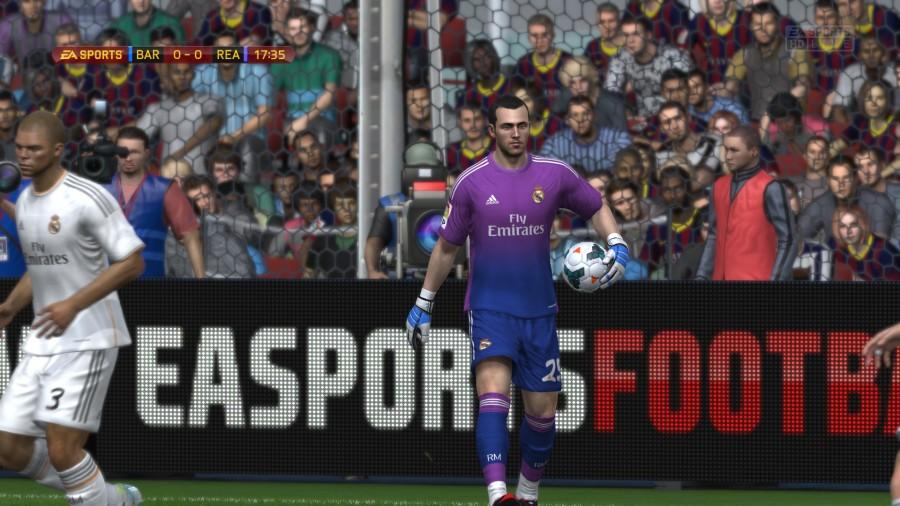 A screenshot from the PS4 version of FIFA 14, the most popular sports game in the world. In it, players can play as a wide selection of real-life teams and players. FIFA 14 © EA Sports. Photo courtesy of Connor Lowe.

I personally can’t understand the point of sports simulations. If you want to throw a football, why not get up and throw it in real life? There must be something I’m missing – let’s see.

There are multitudinous sports games on the market. The most well-known – EA Sports’ FIFA 14 – has sold 100 million copies worldwide. Many of the buyers are children (mostly preteens and teens), eager to try out this realistic new sports simulation. One extremely opinionated article by Matthew Lynley for Venture Beat claims that the point of these games is not to simulate kicking a soccer ball, but the spiritual experience of the sport – that “there is something about… [sports] that binds us together as human beings.”

That’s all well and good, but what about the kids playing video games instead of going outside? If you read my earlier article (“Video Games and You”) you’d know that this is a prevalent issue. And if sports games really do simulate that “something” that sports have, can they be used to replace real sports?

The answer, I think, is yes. Video games are generally a mental experience – with the exception of the motion-tracking consoles like the Wii and the XBOX Kinect – and if sports really are spiritual, it can’t be said that they aren’t. There are even professional gaming tournaments with games such as StarCraft, in which about $4,000,000 in prize money have been awarded. People tune in to watch the action, the excitement, the tenseness and comebacks and thrills, the victories and defeats. I predict a day when video games will have equal stance with real sports, and everyone will enjoy them equally.