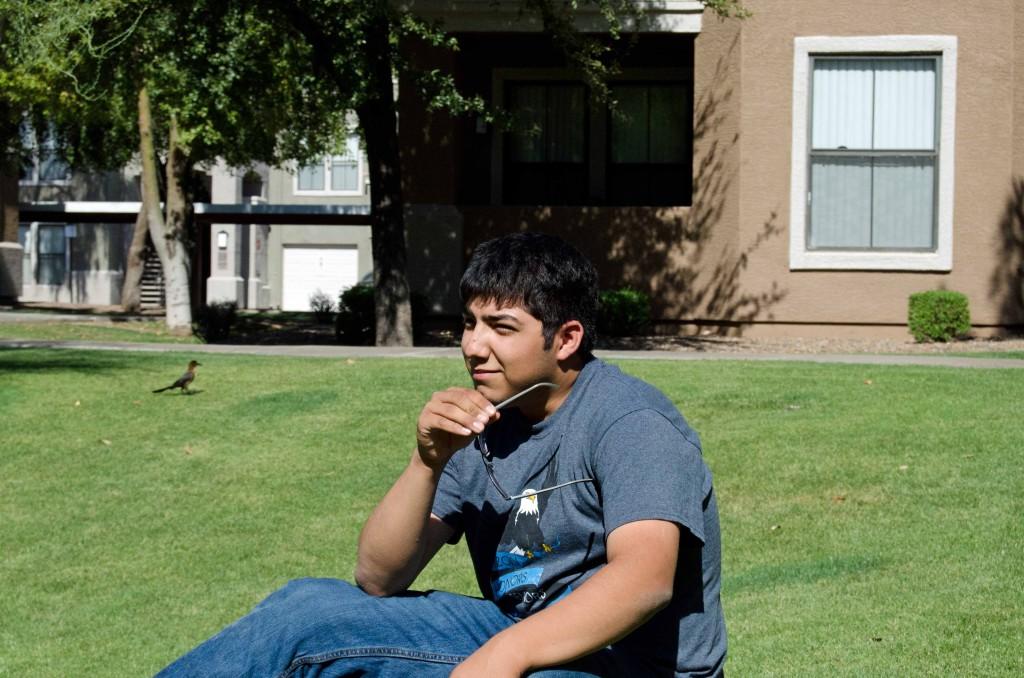 In my four years of high school, I have learned a lot of lessons about life. From work ethic to how to manage different distractions, high school is one of the best places to learn and grow. However, my time as a high school student is coming to a close, and I wanted to reflect on these past four years and all the lessons I have learned.

In my first year, I went to Mountain Pointe. It was a pretty big school with a lot of students, so many that the hallways were hard to go through. The transition between classes was ridiculous, and one time some random guy grabbed my hand and dragged me the opposite way, thinking I was someone else. My first year wasn’t bad, except that most of my friends had a different lunch period than I did so I only saw them during class. With my other friends, however, hijinks were had and shenanigans were… shenaniganed. I didn’t do so well there, but luckily D’s are passing at Mountain Pointe and other public schools. At the end of the year I took some tests to get into a different school… Horizon. I got in and my next year was spent here.

I’m kind of shy when I am in a new place. I didn’t talk much my first year, but I quickly found friends who I started hanging out with. Along with a smaller environment with not nearly as many students, the teachers were all nice and some, like Mr. Schneider, were funny. I enjoyed being in all of their classes but I think my favorite class I didn’t even know I would get was Journalism. Then, it was a first-year class and everything was still getting figured out. I remember when we first started writing, we would just write articles without being assigned them. I’m sure we got repeats then, but somehow the paper continued getting printed on time. What I learned from this was the importance of teamwork. If one person does not write their article, the whole process is thrown off. Also, the transition from D’s passing to C’s passing was a little hard on me my first year, because it meant I actually had to work harder. By the end of the year, I decided I liked Horizon much better than Mountain Pointe and stayed. However, the new standard for “failing” meant that I took about four of my classes again on Novanet, making the worst summer I have ever had.

My next year I was not only better about my grades, but I also got over my shyness and started showing my ridiculous personality. My junior year was also the time I got a job, which I struggled to balance with my schoolwork. I really enjoyed classes like Chemistry, English, and Journalism, and while I may not have done the best in those classes, the teachers and students in the classes with me made them enjoyable. There were a lot of good times, like talking about Fallout 3 in Chemistry, pretty much every moment of Journalism, the “Twilight Zone” projects in English, and my project on dividing by zero in Algebra. There were a lot of black holes. That year I pulled off some incredible magic and managed to pass most of my classes. That year taught me that, when I have already slacked off and there is no other option, that I can power through and get everything done to pass.

My senior year was definitely the best. I sailed through the first semester, and there was not lower than a B to be had. The homework I did have, I (mostly) did, and I had learned to balance school and work, with enough time for video games and friends. Teachers like Mrs. Kingman and Mrs. Hensel are cool and enjoyable to work with, and Journalism is just as weird as it has ever been. Now I am nearing the end of the year, and I am once again pulling off some incredible magic to graduate. I suppose the idea that I was almost done got to me and I stopped doing anything. Boy, am I making up for it now.

Overall, these past four years have taught me a lot of different things. It wasn’t until my senior year that I learned the importance of work ethic and getting it done, mostly from Journalism, and I became more comfortable speaking in front of people. I am glad I chose to spend the rest of my time here at Horizon, and I can’t wait to start the next chapter of my life. High school has been a roller coaster, and I have enjoyed the ride.