The Role of Race in College Admissions 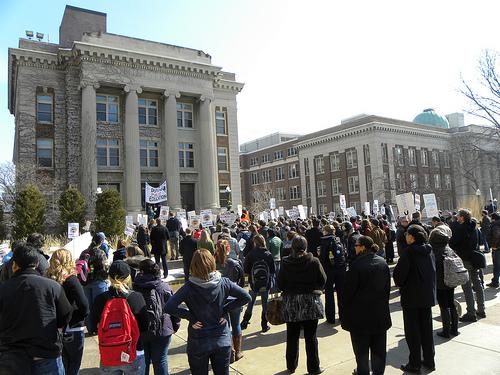 Students around the world work as hard as they can in order to be the most appealing candidate for their dream college. However, some exemplary students are turned down  because of their ethnic background. Is this a fair method of choice, or should it be banned from school’s decisions?

This can be deemed wrong for a number of reasons, and in many cases, an effort to remove this system has been made. Proposition 209, passed in 1996, put forth an effort to outlaw schools choosing people based on their ethnicity. Colleges look at students and try to determine how they will be able to benefit the school and shape the school for the future, and this does include cultural diversity. If a school is primarily dominated by one ethnic group, then the image of the school can be affected, and the school may be deemed as exclusive for that kind of person.

This also gives minority groups a slight advantage over others when applying for a school. This doesn’t necessarily mean that the members of this group need the assistance; it’s just a nice edge for members of this group. For the most part, not being accepted into a college based on race is not a huge problem. The reason most hopeful students are not accepted is due to their lack of “uniqueness.” Being a part of a minority group only increases the level of individuality that you can offer to the school community. In the long run, if schools are looking at more than just grades and extracurricular activities, then there are lots of other ways for students to be make themselves more appealing to schools. So if a student is in a minority group then that only benefits them with their educational goals.