The Crisis of Desensitized Children 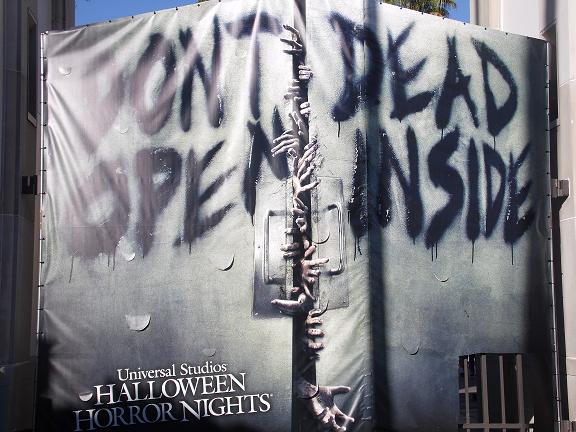 While vacationing in California, I began to notice one of the saddest things I have ever witnessed.  The innocence of children has been crumbling right in front of me, and only now have I realized it.

It’s Halloween at Universal Studios, and, unsurprisingly, the front of the park was littered with zombie dummies to promote The Walking Dead.  I thought little of it.  My family and I continued on our way to realize that the zombies were everywhere.  I jumped a few times, shook it off, and then the thought came to me.

There are little kids here.

And some of those little kids had thought the zombies were cool.  To me, that doesn’t make any sense.  Why are false undead humans doused in fake blood cool?  Because the world advertises it.

And anything the world advertises is cool.

Advertisements really only consist of describing and selling the latest fad (or trying to make their product one).  Universal has taken advertisement and mixed it with horror.  Horror is the latest fad, it seems.  And now the hope of our future, the small beings who brighten our lives, and the innocence of the nation love it.

The horror genre was created by mixing the scary with an idea that was likely to never come true.  Because of this, we have The Walking Dead, American Horror Story, Falling Skies, and the like.  Kids see their parents and siblings watch these and decide that they would like to watch it too because gross = cool.

If they watch something scary, they’re considered “brave” by other people their age.  But that sort of material, rather than a sign of courage, results in mental scarring.  That’s not how we should treat our kids.

I say we preserve innocence in children for as long as we can.  Let them not be desensitized, and let’s not advertise horror.  Let’s look to a bright new future with knowledge and wisdom and light.  Leave the zombies to the teenagers.