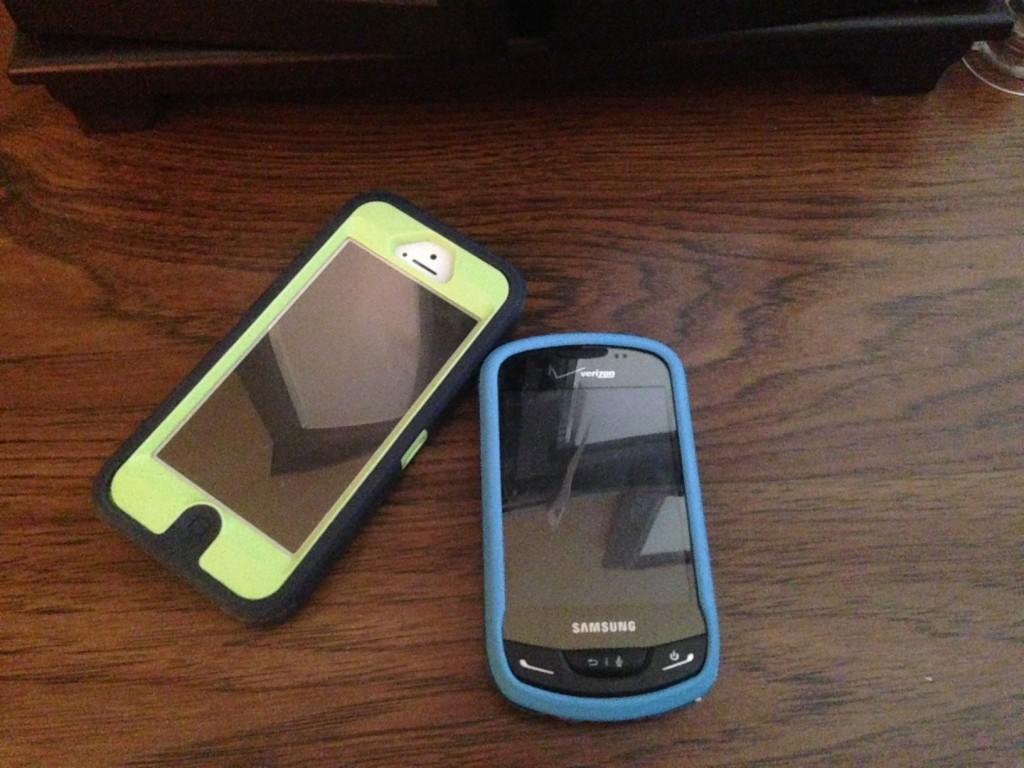 According to the Pew Center, teenagers sent around 60 texts a day in 2009. How many do you think they send today?

As I am going about my day, I see people of all ages constantly on their phones. Whether they’re texting their friends or people checking Facebook, their phones are always on their person. And this isn’t necessarily a bad thing. What if it’s nine o’clock at night and you forgot what homework you have? You can text your friend. What if you have to talk to your parents about what they want you to pick up at the grocery store? You can call them from the grocery store. But when you start paying more attention to your phone than people you meet in person; that’s when it becomes a problem.

I do not have a smartphone. My phone calls, texts, and has occasional slow internet; but my internet is so slow, it’s not worth it. My friends who do have fast internet accessibility on their phones will sometimes start scrolling through their social media while I’m in the middle of telling them a story. Once, I was at home, and I got a text from a friend who I hadn’t seen in months. I thought it was very thoughtful of him until I asked him what he was doing and he said he was at a friend’s house. What came to my mind was: “How rude! You don’t have anything better to do with the people you’re seeing face to face?” Soon afterward, my other friend did the same thing, with almost the exact same response to my “What are you doing?” question. My reaction was the same.

Even my dad does this. We were at my grandparents’ house and he pulled out his phone. We don’t see my grandparents very often, only every couple of months, so I assumed he was showing them something from Facebook that one of our relatives posted. Instead he just was just scrolling through his Facebook feed. So I asked him why he was on Facebook, and immediately, he put his phone away. Then he admitted it was a bad habit.

Cell phones are taking away from personal interaction. My guess is that since people know they can talk from anywhere, they think there is no need to get together face-to-face. Then you get a different type of interaction than when you’re hidden behind a cell phone.