Do Attractive People Get More Benefits? 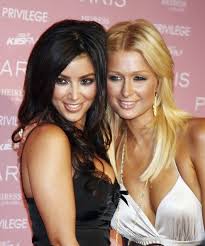 All I see in modern day movies is how the pretty girl with ten pounds of makeup on and the hot guy with abs is treated better in life. This does not just happen in the movies. I am not saying that I base my opinion solely on the fictional plot lines of Hollywood hits, but there is some truth behind the favoritism towards “better looking” people in the world.

Some believe that wearing makeup and being “fake” is mandatory in today’s society. In my opinion, this is most certainly not the case. Sure, I believe that people who are better looking than the average human have advantages, but does it really matter in the end?

Teenagers and adults buy beauty magazines in hopes of finding ways to make themselves different enough to be accepted and become “prettier” because that is what is in the media now a days. People do not need to wear makeup and get fake tans to achieve greatness in their life. Sadly, that’s not what everyone thinks.

Take a look at models: most of them are usually pretty and that’s why they’re models. Those skinny women walking on a runway get paid hundreds for simply walking in a straight line and looking pretty. But why?

Why aren’t “average” looking people who aren’t particularly jaw dropping gorgeous treated the same as celebrities who are legitimately paid for being society’s idea of pretty; such as Paris Hilton and the Kardashians. They are famous for being “beautiful” in the media’s eyes. This makes no sense to me whatsoever and I don’t think it ever will.

So I ask you this, do you think that attractive people get more benefits? I do.