Why Malala Yousafzai Has Become a Pawn of the West 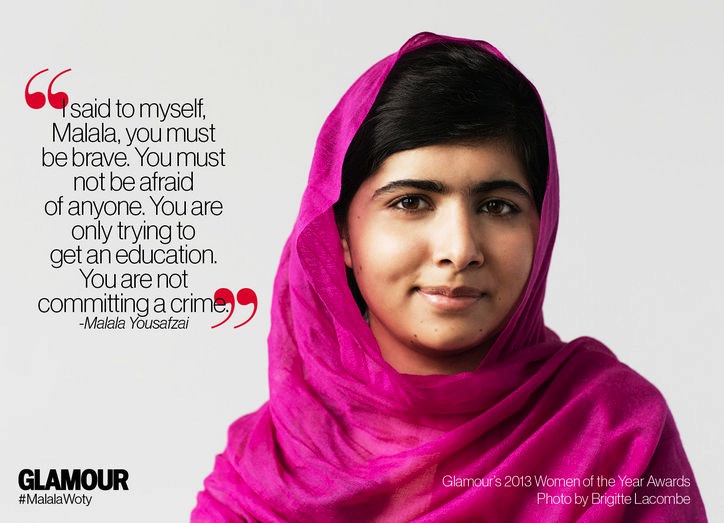 Malala Yousafzai was featured in Glamour Magazine as the 2013 Woman of the Year. Somewhere along the way, Malala’s unyielding passion for educational equality was overshadowed by the West’s attempts to use her as justification for drone strikes and military aggression.

The people of Pakistan consider Malala Yousafzai nothing more than a poster child for the Western world. They believe that her ideologies have been compromised and manipulated by the Western world for justification of military interaction and intervention. Yousafzai’s initial goal was to promote equality of education – she hoped to ensure that all children, whether male or female, receive the same educational opportunities and that gender never plays a role in this discrimination.

Yet, somehow, the West managed to contort her intentions to benefit its own perspective, portraying themselves as the saviors of helpless Pakistani citizens. Instead of focusing on why education is still an inaccessible amenity in much of the developing world, media sources depict Yousafzai’s struggle for educational equality as a war against the Taliban, further elevating the West’s savior complex.

And somewhere along the way, Yousafzai’s campaign was forgotten, consumed instead by the idea of the West versus the Taliban and leaving her to deal with negative repercussions from her own country and other critics who consider her a pawn of Western imperialism.

It is hypocritical of the West to portray Yousafzai’s fight to freedom when they are solely responsible for depriving millions of children across the Middle East of basic human rights. A majority of the American populace views civilian victims of military efforts, especially drone strikes, as collateral damage to the war effort. But the media has relayed the West as the savior in Yousafzai’s case, lionizing her in order to validate the “necessity” of drone strikes and aggression in the Middle East.

Yousafzai’s goals should not be forgotten- we must remember that she is not celebrated for surviving an attempted assassination, but for her unwavering passion and advocacy of education since her preteen years. Even after being publicly targeted by the Taliban, Yousafzai continues to stand up for her rights and those of her peers. She should not be used by the West as a strategic tool for continued military intervention, but instead appreciated for her courageous acts as an advocate of equal education for all.