Finals Pressure: Too Much for One Test? 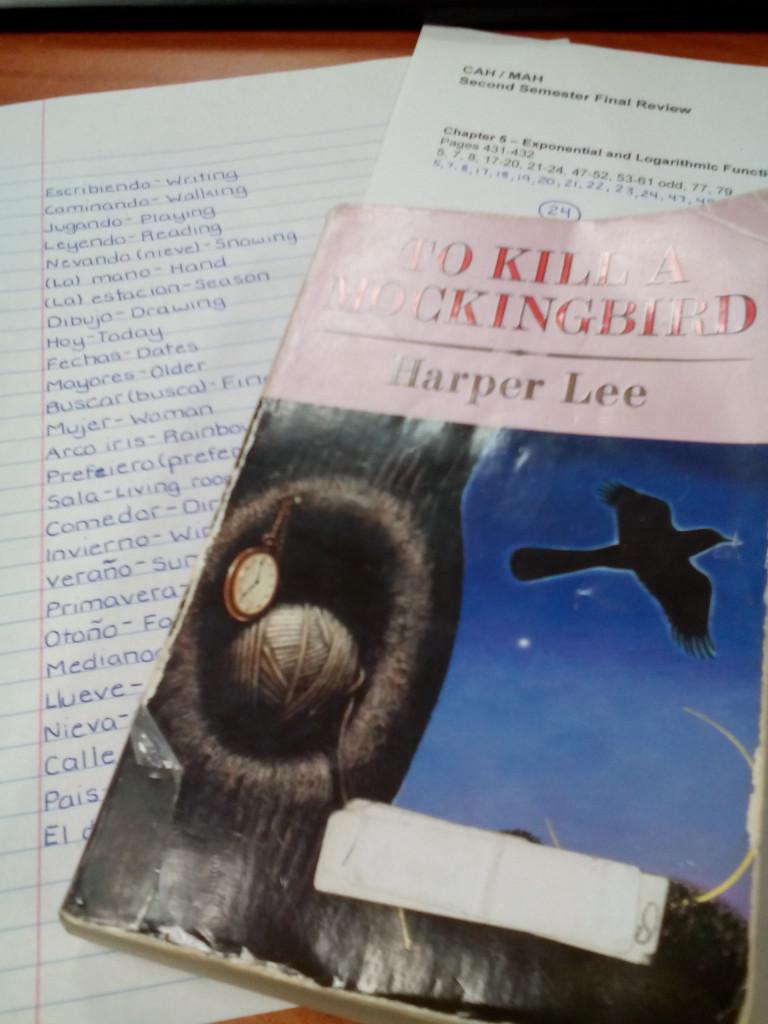 Finals can come in varios shapes and sizes, no matter a test or essay, finals are always stressful. The question remains - what is the best indicator of students' progress - and the answer might not always be finals.

It is the last two weeks, and you better brace yourself for the long nights studying, never-ending stress, and insurmountable number of study guides and flashcards. The sad fact is that this is necessary to preserve all your hard work through the year. Finals week is coming up. Translation: retrying over and over the same math problem, making what seems like thousands of vocabulary flashcards, and scribbling the obscure facts you have to know for your biology final. However, if you’re me, then you begin to realize the unfairness of all of this. The injustice of finals is that everything – an acceptable grade, your name on the honor roll list, and justification for your never-ending work through the year – is riding on this test.

Part of the issue with finals originates from the issue with American education. We seem to focus on the memorization of trivial facts and useless bits of information versus the necessary skills for later in their education, career, and life. For biology finals, I predict I will somehow have to cram the tidbits about the S phase of the cell cycle and what each specific hormone does. Instead of discussing the general highlights and themes we learned, we will be cramming our brains with flash cards and notes of trivial bits and useless pieces of information. For example, in English, we are actually going to test our overall knowledge by drafting effective responses to literary questions. The purpose of finals is to justify our progress in the school year, but the way it is structured is setting us up to fail despite our success in the class. Instead of actually testing us on the skills we should carry through our education and possibly career, it is asking to memorize trivial facts that most, if not all of us, will not remember by the end of the year.

It seems that every finals week I am scolding myself for procrastinating on studying for these crucial tests. However, I don’t really blame myself or anyone else. Since teachers put off dedicating class time to test preparation, students are scrambling to keep up with their current workload versus staying ahead with finals. In fact, I had plan for these finals to get ahead of the rushed week of and before. Figuring that I would busy, I thought it’d be best if I was ahead of schedule. Suddenly I had three different essays that were due in the same week, two presentations I had to excel with, and constant tests. Whenever I came over a hurdle – an essay or test – and could refocus myself to finals, there was another deadline on the horizon that demanded my attention. It is an unrealistic expectation for students to be fully prepared for a test covering everything they learned throughout the year. Especially when they have to cover the entire year for six other classes. In addition, teachers seem to like the idea of adding an end of year project, whether it be an essay, poster, PowerPoint, or whatever they think is fitting to assess our progress, regardless of the final that should be showing our progress. Time constraints are an immense difficulty for myself and countless other students as well, but it is the best we can do.

The most unfortunate aspect is that your semester grade, which determines your triumph in the school year, is dependent on this one test. The weighted grading system of high school makes your finals – again, one test in a year of twenty tests, possibly – worth ten to twenty percent of your semester grade. Even if you had a one hundred percent in your class, you have to get at least half of the questions correct to protect your A grade. Unfortunately, it is rare that any students do so well in a class. Typically, finals grades are actually worse than your general test scores. If you drop a letter grade, then your grade point average, which is what colleges are actually going to look and judge your high school ability, is changed, possibly ruined. Finals can undermine all the hard work you have put into the class.

The solution to finals is a difficult one, however, I do believe an end-of-year assessment is necessary to finish the year. Yet, I feel that there is a better way to show our proficiency. Although dedicating the month before finals is not the solution, I believe we can fix the problem by changing the way we are tested and the percentage that our finals are worth. Instead of answering history related questions, students could write a research paper on a historic event as researching is an important aspect of the class. In addition, the final could worth twice of what a regular test is. As it is now, the final system is placing way too much emphasis on one test.