America, Home of the Extra Large 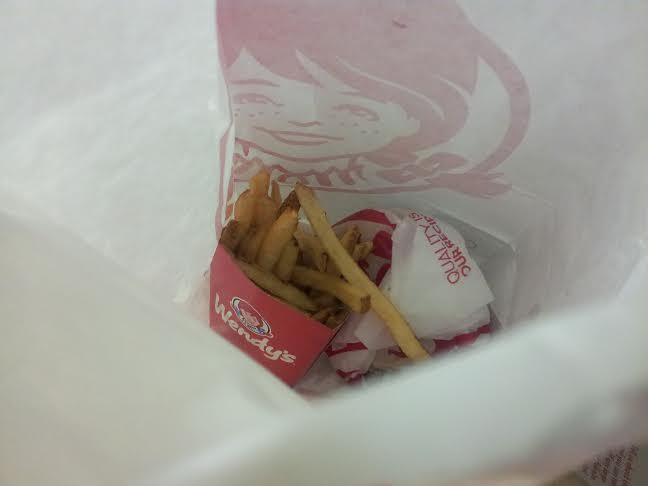 Fast food companies like Wendy’s often advertise for unhealthy in large amounts. It sure does seem contradictory to what many Americans think about eating out, so why is it so popular?

Is it just me, or does anyone else find it funny that the ideal body in America is super thin, but extra large food portions are encouraged?  I see bony models being idolized for having the perfect body on Carl’s Jr. commercials.  Loving both fattening foods and being thin just doesn’t match up.

Why is that?  I think that businesses are using the greed in human nature to sell their products.  After all, why wouldn’t you want a big burger?  Why not have a big burger?

I’ll tell you why: it’s unhealthy.

And it’s just the same way with the amount of stuff that we have.  We always want more.  More clothes, more friends, more options.  Can’t we just be happy with what we have?  Why don’t we?  Like I said before, it’s because of our greed, and also because of the way we’ve been brought up.

I don’t see too many older people with the “more mentality.”  They tend to be grateful for what they’ve been given, while I see the youth leave unsatisfied.  I think this is because America has never been better off than we are now.  We are, on the whole, a very prosperous country, but it wasn’t always like that when our grandparents were growing up.  They might have happened upon harder times than ones that occur now, and they know to appreciate what they have.  Younger people see all the new innovations around them and decide that they want them.  Then, a year later, they see an updated version of what they have.  And they buy that as well.  The cycle is continuous; companies won’t stop creating more money-makers.

As far as I can see and have heard, most of the iPhones are the exact same, except for that they get increasingly thinner and longer with each new model.  You might as well keep your old phone (which you are finally familiar with now that a new one is released) until something with a more noticeable difference is available.

I’m not saying I’m against new stuff and lots of food.  I enjoy both of these things, but it’s not good for you to buy into this all the time.  If that happens, items will begin to dominate your life, and you won’t know what a real friend is as the amount of your Facebook friends climbs to 1,000.  Material doesn’t define you, only how you react around it.