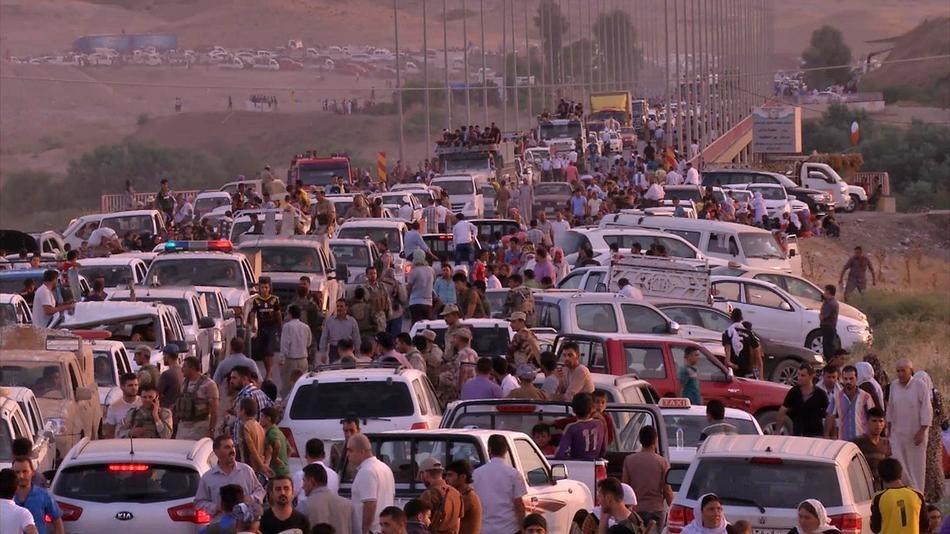 Displaced ethnic groups, such as the Yazidi pictured here, flee their homes after ISIS attacks. Iraqi minorities have become englufed in fear.

It was just last night when I heard of the terror and death being inflicted on Christians in Iraq.  You heard right.  The ISIS, a group of Muslim fanatics that even al-Qaeda has rejected, have begun to behead, crucify, and amputate – among other forms of execution – a number of Christians, including children.

It’s horrifying.  It’s revolting and nauseating, and it is one of the saddest things I have ever heard about.  I have nothing against Muslims.  If it were Muslims being killed by Christians, I would have just as much disgust for the murderers as I do now.  After all, Protestants and Catholics have been killing each other for many years now.  It’s certainly possible.

But why does a religion claiming to be based on the fundament of peace have “mercy killings” on converts?  If there was any rationality in such a thing, wouldn’t they shoot them or something; make it quick?  No, they turn to torture.

Because they are human and therefore subject to as much hate as they have the capacity to feel. And in this case, they choose to act upon it.

Where does the word “excruciating” come from?  It was used to describe the agony of crucifixion.  And now that is inflicted on people in 2014. Many claim that we have become more civil throughout history, but how can we agree when there is still so much needless death?  How can we be any better than we were in 30 A.D.?

And then there is the beheading.  When I think of that execution, what comes to my mind is the orcs in The Lord of the Rings.  I remember saying to myself that that only belongs in fairy tales, if anywhere.  Haven’t we given up the guillotine and the axe?  Apparently not.

What drove people to The Troubles in northern Ireland, you have to wonder.  If Christians are also supposed to drive out their contempt, why would they start killing each other?

All religion describes itself as a pure and perfect thing.  In some varied ways, it is.  It is the humans that follow it that can distort it.

My sympathies not only go to the persecuted, but also to Malala Yousafzai, renowned activist and, overall, a wonderful person.  How she must be hurting for this, so similar to the own ache in my heart.  What pain for the peaceable Muslims who rally against this.

Religion is a drive.  The drive depends on what is taught to a person, and how the person chooses to act.  Religion can be painful just as much as it can be worthwhile, and I follow a religion myself.  Still I have one question.

Why do people choose to break my heart?