The 2014 United States Little League champions of the Jackie Robinson West Little League in Chicago, Illinois, recently had all their wins vacated due to a number of illegal players. 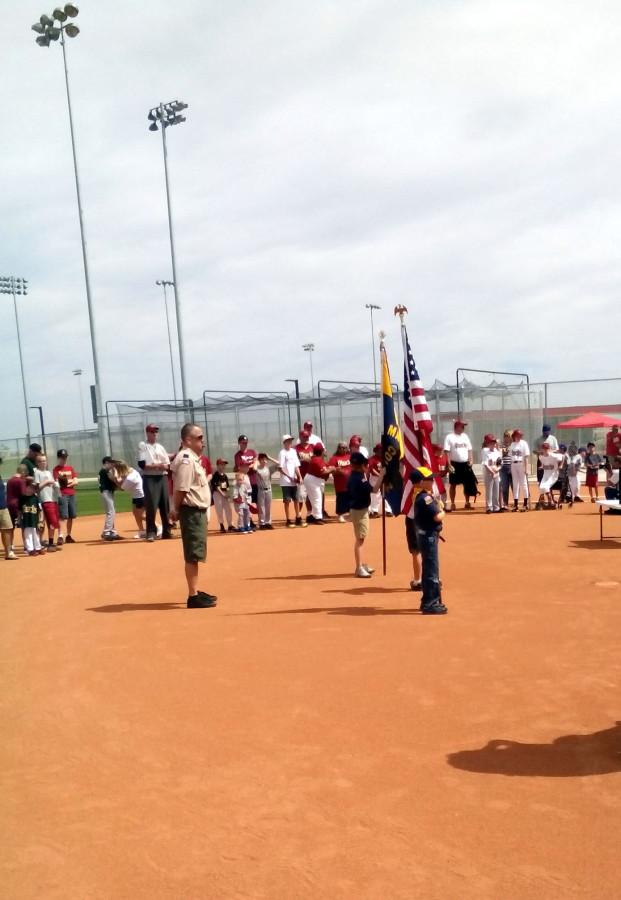 Several Little League teams stand around the baseball diamond, listening to the inspirational speeches of former players and coaches. However, with youth sports becoming surprisingly more competitive, the values of teamwork and sportsmanship might be sacrificed for a win.

It was one of the feel-good stories of 2014. A Little League team from a poor area in Chicago, Illinois going to the Little League World Series, winning a national championship, and getting to play for an international title. On Feb. 11, Jackie Robinson West Little League (JRWLL) was stripped of their national championship and all other wins because of their illegal players. The players were violating the rules, because they did not live within the boundary required to participate in JRWLL. Some did not even live in Chicago. It’s a shame that this story ends badly for the kids, and it brings to light the issue of coaches doing anything to win in youth sports.

How exactly did Little League find this out now? Well, they didn’t. The team had been under investigation since the sectional playoff round quite a bit before the Little League World Series. When the team played Evergreen Park Little League and won by an astonishing score of 43-2, coaches began to grow suspicious. JRWLL didn’t help themselves either, barely making an effort to cover it up. Again, it’s tragic that the coaches couldn’t just let the kids play. Now it’s true that they probably wouldn’t have gotten as far as they did without those players, but the kids would not have had their great accomplishment ripped away from them after the tournament was over.

It is not just baseball, but youth sports as a whole are being affected by the mentality that winning is the most important thing. Over my years in club baseball, I can attest to this, as I have both been a part of those teams and competed against them. On a national scale, it is truly shocking that such a thing could happen. It still doesn’t help with the fact that competitive teams were eliminated by a team with an ineligible roster. Now we will never know what could have happened if the tournament had been played fairly.

The blame does not rest on the kids, and usually never does. It is the coaches that turn the sport into something about themselves and forget that the kids are the ones ultimately playing the game. The kids that play in the Little League World Series are mostly 12 and 13 years old. They are children playing a child’s game, and should want to win, but not to the point of cheating. Here, the coaches have set a poor example for today’s youth athletes.

A great story of overcoming adversity has been proven to not be entirely truthful. But it shows how some sports teams are willing to do anything to win, even though the players are only children. The main takeaway from this unfortunate event should be that the coaches just need to let the kids play.