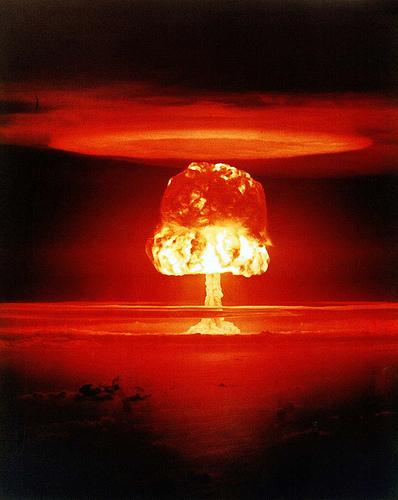 The “Space Race” of the late fifties is an important part of the United State’s history, but many are unaware of the strange facts and plans considered during this time period. Project A-119 is one of these; many would glance over the name until they knew the project’s real plan. “A Study of Lunar Research Flights,” also known as Project A-119, was kept under high confidentiality within the U.S Air Force as they plotted to set off a nuclear explosive on the moon.

This project was developed 1958 while the U.S and the Soviet Union were involved in the nuclear arms race that ended up lasting decades and pushed the two on the verge of a nuclear war. The Soviet Union was successfully making advances in regards to space, such as Yuri Gagarin who was the first human to journey into outer space, and Sputnik 1, the world’s first satellite. The U.S “feared to be looking puny in comparison,” remarked physicist Leonard Reiffel, who once led the project. The main reason to Project A-119 was “… to sort of reassure people that the United States could maintain a mutually-assured deterrence.” The U.S was failing to make any advances, was growing nervous, and failed to accept defeat.

Reiffel’s 1959 report regarding the project revealed that the motivation for the project was mainly military based. The U.S wanted to gain information “… concerning the capability of nuclear weapons for space warfare” by first detonating a nuclear explosive on the moon. Reiffel further explained the reasoning behind having a nuclear launch site on the moon, saying that “if the Soviets hit the United States with nuclear weapons first and wiped out the U.S. ability to strike back, the U.S. could launch warheads from the moon.”

Reiffel was not part of this discussion but comments that the impact would not have “blown up the moon.” In fact, the explosion would have been microscopic, even invisible from Earth. According to several 1958 reports, many project leaders have considered using an atom bomb that was the same size used to bomb Hiroshima, Japan near the end of WWII.

By 1959, Project A-119 raised many concerns. Reiffel explains that they didn’t want to “clutter up the natural radioactivity of the moon with additional bits of radioactivity from the Earth.” Project A-119 shows the measures the U.S would consider in order to succeed in the “Space Race.” Even potentially dangerous projects such as this were discussed and contemplated among them, believed to be plans to advance their position in the race. Due to the potential hazards and unreasonable plan, Project A-119 was quickly abandoned, disappearing in the files of the Pentagon.