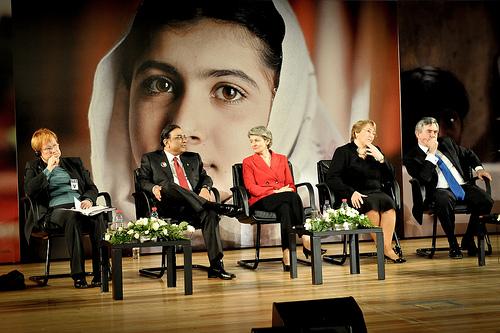 In October of 2012, Malala Yousafzai, a 15-year-old girl, and  passionate believer and spokeswoman for the education of girls in the Middle East, fell victim to a vicious Taliban attack. She believes that it is essential that girls in the Middle East be afforded the same rights as boys, in the sense that they should have the opportunity to receive an education. Her beliefs and outspokenness about education for girls have certainly caused controversy in Pakistan, as she threatened the views of the Taliban, and she was shot in the head by the Taliban on her way home from school. The forces at work against Yousafzai made it their personal goal to seek her out and stop her before she became too powerful of a force. Unfortunately for them, not only did their plan fail, but Yousafzai is now stronger than ever.

The bullet shot at Yousafzai entered above her left eye, ran along her jaw, and grazed her brain. Not many people would have survived that shot, but Yousafzai has pulled through like a champion. She was sent to the Queen Elizabeth hospital in the UK, where her family plans on living for the next three years. They placed a titanium plate into her skull, and doctors are hoping that this titanium plate will be the last step in Yousafzai’s recovery. She made it through the surgery just fine, but not before talking with the public about her plans for the future. In a recent interview Malala talked about her thankfulness of still being alive, “God has given me this new life, a second life. And I want to serve. I want to serve the people. I want every girl, every child, to be educated. For that reason, we have organized the Malala Fund.”

The Malala Fund was created by both Yousafzai and Vital Voices, an organization dedicated to bringing visibility to women with leadership abilities all over the world. The purpose of this fund is to support girls in Pakistan and around the world with their quest for education.  Anyone interested can go to the Vital Voices or the Women of the World website to learn more about the fund and donate. Actress Angelina Jolie, and magazine editor Tina Brown, have joined together and donated $150,000 to the Malala Fund and people around the world have been inspired and moved by her story.

This young lady took a stand against the intimidating Taliban, and she did so with class and fortitude. She took something that was personal to her, something that she was willing to put her life on the line for, and she proved that she had the ability to make a difference. She is 15-years-old and she has already made an incredible impact on the world. And she may have been shot, but she certainly hasn’t let that deter her; her voice is stronger now than it ever was before.