Touhou, a Look into the Wonderful World of Gensokyo 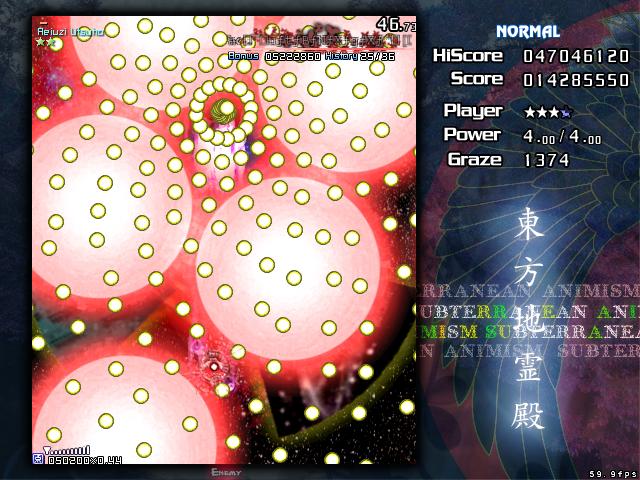 Touhou, or Touhou Project, is a Japanese game series that consists of primarily curtain fire shooting games. It was created by the one-man developer and sole member of Team Shanghai Alice, Jun’ya Ota.  More commonly known as ZUN, he is the creator of all graphics, music, and programming for the series. Since the first game released in 1996, the series has grown from a simple game franchise into a multimedia franchise containing a plethora of memorabilia items, commercial fan made books, short novels, manga, fan art, clothing and fan made music.

All of the events in the Touhou series take place in Gensokyo, a world based on the culture of feudal Japan. Gensokyo was overrun with youkai, various spirits from Japanese folklore, that were entering the surrounding lands and terrorizing the people there. Some brave humans were sent in to exorcise these spirits and the war between humans and youkai began. This war continued until the Hakurei Border was put in place to disconnect Gensokyo from the rest of the world that was advancing in science and technology and began to distrust the magic of Gensokyo.

In each of the games the player takes part in the world of Gensokyo well after the Hakurei Border was put into place. Humans and youkai live together in harmony for the most part. However at the beginning of each game the player is introduced to some sort of strange happenings in the region. From snow in the summertime to flowers blooming in winter and spirits rising from the ground it’s the protagonists job to follow the trail of clues until they find the culprit. The player can chose between multiple characters each with their own unique bullet type and spell bomb. A characters bullet type changes the power and speed of the character. Their spell bomb is a last ditch effort to avoid being hit by a bullet, it comes in many different forms but the majority of them do lots of damage to all enemies on the screen, gives temporary invincibility and removes all current bullets from the screen. Each game consists of six levels following the conflict and one extra stage with its own story. Each level follows a format of the basic level where many enemies will come on the screen and then a boss battle where the player must fight another youkai or human. The goal of the game is to beat the high powered enemies that fill the screen with bullets while not being hit, one hit kills. The bullet patterns that need to be avoided are referred to as danmaku, and consist of scripted and semi random bullet patterns. Each boss will battle consists of a series of spell cards and non-spells. Non-spells consist of basic danmaku patterns on a time limit. The player then must avoid the oncoming projectiles while simultaneously attacking the enemy. Spell cards are similar to non-spells however they consist of more complicated danmaku and a spell card bonus is given if the player can complete the spell without getting hit or using a spell bomb. The overall goal of the game is to get the highest score possible.

What makes Touhou Project so involved is its incredible fan base. They have created a great deal of fan made product including music, books, figures and a handful of their own memes. The primary driving force for a lot of people in the fan base is the thousands of hours of music. Many praise ZUN as a musical genius and say that the game soundtracks are masterpieces. This has inspired hundreds of great musicians to do covers, remixes and adaptations of the game music.

Touhou Project is running strong and likely will continue to well after Team Shanghai Alice concludes the game series. As for the rest of the franchise, it continues to have one of the most involved fan base groups and has nearly endless amounts of content for its members to enjoy.